Share on FacebookShare on Twitter
Across big cities in Nigeria, they cruise around in flashy cars and own good businesses but in the United Arab Emirates (UAE), many Nigerian ladies engage in prostitution to keep their businesses afloat. 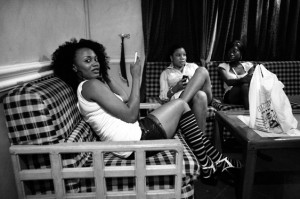 Flashy cars. Blinking bank accounts. Good businesses. They have it all. The good things of all fall on their laps. Like the queens that many see them to be outside, they live large.