Revealed: How Boko Haram is using the girls as sex slaves (Photos)

Share on FacebookShare on Twitter
The militant Islamist sect, Boko Haram, gives out abducted young girls and women to its members as wives, the 2014 Trafficking in Persons Report, has stated.

It said that through forced marriages, the women and girls are subjected to séx slavery, domestic servitude and forced labour. 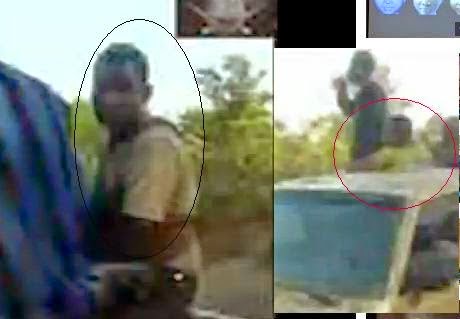 “International observers had reported in 2013 that the terrorist group, Boko Haram, recruited and used child soldiers as young as 12-years-old, as well as abducted women and girls some of whom were subjected to domestic servitude, forced labour, and sex slavery through forced marriages to its militants,” a part of the report read.

The report, which covered 2013, noted that the sect recruited children as foot soldiers, was obtained from the United States Department of State on Tuesday. The report was posted on www.state.gov on June 20.It observed that the Federal Government had yet to fully comply with the minimum standards for the elimination of human trafficking.But the report noted that the government was making significant efforts to do so by increasing anti-trafficking prosecutions and convictions.It also observed that the government was providing extensive specialised anti-trafficking training to officials from relevant ministries and agencies.It said the National Agency for the Prohibition of Trafficking in Persons and Other -Related Matters had increased protection efforts by developing a formal referral mechanism for victims’ protection.The agency, according to the report, is also increasing the capacity of its shelters and identifying and providing services to a larger number of victims.A part of the report read, “Despite these efforts, the government has yet to pass draft legislation that would restrict the ability of judges to offer fines in lieu of prison time during sentencing and, with the exception of receiving training from NAPTIP, the Ministry of Labour did not make any new efforts to address labour trafficking during the reporting period.“Additionally, despite the growing number of Nigerian trafficking victims identified abroad, the government has yet to implement formal procedures for the return and reintegration of Nigerian victims; consequently, many victims are not afforded adequate care upon their return to Nigeria.”It noted that this was of particular concern, as some European countries deny Nigerian victims’ asylum and access to European victim programmes .The report also observed that the provisions of the 2003 Trafficking in Persons Law Enforcement and Administration Act, ensured that identified trafficking victims were not penalised for unlawful acts committed as a result of being trafficked.The TIPR said officials encouraged victims to assist in the investigation and prosecution of trafficking cases.It said that NAPTIP reported that 32 victims served as witnesses or gave evidence during trial in the reporting period.The report added that all victims were eligible to receive funds from the victims’ trust fund financed primarily through confiscated assets of convicted traffickers.It said that during the reporting period (2013), $20,000 was disbursed among 47 victims for various purposes ranging from vocational training to tuition.The government, it noted, provided a limited legal alternative—short term residency that could not be extended to the removal of foreign victims to countries where they might face hardship or retribution.The report described Nigeria as a source, transit and destination country for women and children subjected to forced labour and sex,.It noted that trafficked victims were recruited from rural and, to a lesser extent, urban areas within the country.Meanwhile, the Federal Government has said that it has yet to confirm the reported kidnap of 60 women in the Chibok and Damboa Local Government Areas of Borno State.The Chairman, National Information Centre, Mr. Mike Omeri, who stated this in an a telephone interview with The PUNCH in Abuja on Tuesday, also commented on a statement credited to a lawyer close to Boko Haram, Hajia Aisha Wakil.He said that government could not act on claims in the media.Wakil had on Al-Jazeera said on Monday that the sect was demanding amnesty and rehabilitation.She had said, “They want to be given amnesty, rehabilitated and allowed to come back home and move freely.I told them not to hold the girls as ransom and to give me the sick ones-and that was where we ended. The girls are a growing burden to them.”Reacting to the statement, Omeri said that he was not aware that Boko Haram had appointed Wakil as its spokesperson.He said, “I have not heard it (the interview on Al-Jazerra). Secondly, the lady knows where to present the views of Boko Haram. If she has been appointed by Boko Haram, we would have known.“Did you hear them say they have appointed her as their spokesperson? Boko Haram has not told us specifically who they have appointed. We cannot act on spurious claims on pages of newspapers or on Al-Jazeera.”On the abduction of 60 women in Borno on Monday, he said he had not confirmed the kidnap.He stated, “Everybody I checked with said he heard from someone.Nobody has confirmed the abduction of 60 women including people from Damboa. I have spoken to quite a number of people; I have asked from the media that reported it. They said they heard from somebody.“I checked from the local government Information officer.‘‘He said that he heard from somebody.“For me, up till now, I have not confirmed.‘‘Everybody I spoke with said he heard from somebody, including the sources the newspapers have quoted.”Asked whether it was convenient to say that the government had not confirmed the kidnap of the women, he said, “Yes, because all the sources claimed they heard from somebody and that somebody is not identified by anybody.”The state Governor, Kashim Shettima has however directed the chairmen of the Damboa LGA chairman and stakeholders to “make very urgent but accurate enquiries from communities and report to him as soon as they can even as security agencies take appropriate actions.”Shettima, who expressed “serious concerns about the reported abduction, said in a statement on Tuesday by his Special Adviser on Communication, Isa Gusau, that information concerning the issue required careful enquiry.The statement read in part, “The governor… calls for patience at all times so that collectively, the media and government can in giving out information, be sure of exactly what happened, how it happened, when and who is or are involved.’