Woman Found In Her Flat 6 Years After She Died….

Share on FacebookShare on Twitter
A woman has been found dead in her flat in Dorset six years after she died.
The woman, named locally as Anne Leitrim, lived in Tolpuddle Gardens in the Muscliff area of Bournemouth. 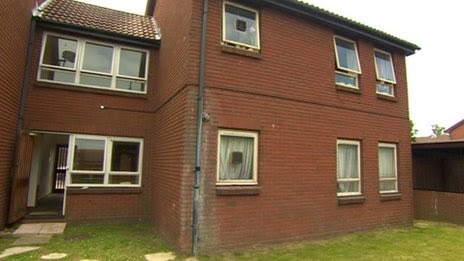 A bailiff, estate agent and two locksmiths broke into the ground floor flat on Tuesday and discovered the remains.
Dorset Police said the body was believed to be that of a woman in her seventies but said it was not treating the death as suspicious.
Neighbour John Stanley said: “It’s horrifying that, after that amount of time, why hadn’t anybody noticed it?
“Because we thought she moved out. She owned a car – the car disappeared – so we automatically thought the lady’s moved out and that was it.”
Neighbours said they thought Anne Leitrim had moved away
Ruth Evans, who also lives in the street, said: “To be honest, I’m still coming to terms with it.
“I haven’t stopped shaking in two days. You feel so guilty that we didn’t try knocking on the door or try to get into the flat or report it to somebody but we genuinely thought she had moved away.”
Cliff Rich of the Contact the Elderly charity, which supports older people through loneliness and isolation, said the length of time made this case “quite extreme”.
“It’s a shame this happens. It’s quite common for older people to be living somewhere and for people not to see them.
“Bringing some kind of social interaction, however small, into their lives really makes a difference.”
*wow she must have been alone,no family,no friends,no one to care for her…this is so sad to even imagine.
-SDK