Photos: Doctors remove 232 teeth from the mouth of a boy in India

Share on FacebookShare on Twitter
Doctors in India have extracted 232 teeth from the mouth of a 17 year old. The surgery lasted for seven hours. Ashik Gavai was brought in with a swelling in his right jaw, Dr Sunanda Dhiware, head of Mumbai’s JJ Hospital’s dental department, told the BBC. 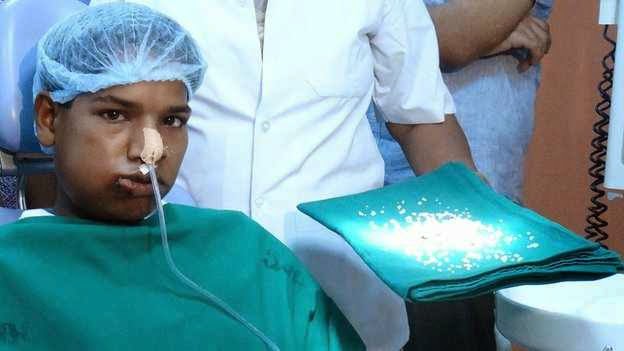 The teenager had been suffering for 18 months and travelled to the city from his village after local doctors failed to identify the cause of the problem.Doctors eventually described his condition as “very rare” and “a world record”and diagnosed it as a complex composite odontoma where a single gum forms lots of teeth.  Dr Dhiware said:

It’s a sort of benign tumour. At first, we couldn’t cut it out so we had to use the basic chisel and hammer to take it out. Once we opened it, little pearl-like teeth started coming
out, one-by-one. Initially, we were collecting them, they were really like small white pearls. But then we started to get tired. We counted 232 teeth.”

The surgery, conducted on Monday, involved two surgeons and two assistants. Ashik now has 28 teeth. Describing Ashik’s case as “very rare”, Dr Dhiware said she had “not seen anything like this before in my 30-year career”, but said she was “thrilled to get such an exciting case”.

“According to medical literature available on the condition, it is known to affect the upper jaw and a maximum of 37 teeth have been extracted from the tumour in the past. But in Ashik’s case, the tumour was found deep in the lower jaw and it had hundreds of teeth.”

Ashik’s father Suresh Gavai was quoted by the Mumbai Mirror as saying that his son complained of severe pain a month ago.

“I was worried that it may turn out to be cancer so I brought him to Mumbai,” he said. 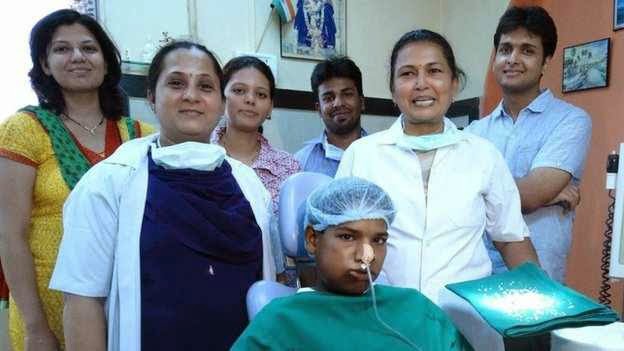