Share on FacebookShare on Twitter
PDP & GDI – The All Progressives Congress (APC) Rivers State Chapter says it has uncovered a noxious, criminal and satanic scheme by the Grassroot Development Initiative (GDI) and the Peoples Democratic Party (PDP) to rig the 2015 general elections in Rivers State. 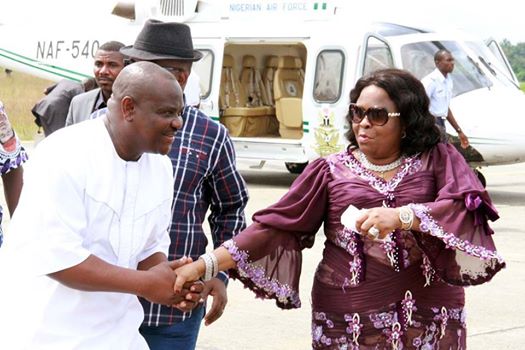 The party in a statement signed by its Publicity Secretary, Chris Finebone said the allegation followed credible intelligence the APC received from their members who operate within the hierarchy of the GDI/PDP, detailing the modus operandi of the rigging plan.

“Part of the plot is the on-going collation of 100 names per unit across Rivers State by the GDI under the facade of arranging Federal Government SURE-P payments for their members. The report indicates that the real reason for collating the names is to submit same to the Independent Electoral Commission (INEC) for supply of permanent plastic Identification (ID) Cards which will be a compulsory condition for voting in the 2015 general elections.

“The report reveals that INEC will deliberately work to cause a mix-up with the state voters register and permanent plastic voters’ cards whereas those of the PDP members earlier submitted by the GDI will receive all their permanent voters’ cards to enable them vote in the forth-coming elections.

“Part of the report reveals that the plan was hatched by the founder, grand patron of the GDI and leader of the PDP in Rivers State, Bar. Nyesom Wike in collusion with highly placed INEC officials working to safeguard the interests of the PDP and the Presidency” the statement explained.APC warned the PDP and INEC to abandon such an evil plan as the APC would take all necessary and legal steps to ensure that the 2015 general elections in Rivers State are not rigged by the PDP.Continuing APC said, “We are also aware that the PDP’s plan ‘A’ is the use of the Army, Police and other security agents to influence votes for the PDP but we can assure the PDP that the APC in Rivers State will ensure that it fails as we have our own suiting antidote for their criminal agenda.“We urge INEC to call its personnel, no matter how highly-placed, to order and to resist the temptation of colluding with the PDP and its agents to rig the 2015 general elections. We also urge all well-meaning Rivers people to always resist impunity and vigorously protect their rights under any and every circumstances.”