Rumours linking the senator with the group has been long coming, but no concrete detail has been given.

Senator Ndume is alleged to have been angered by the death of the first Abubakar Shekau, who was killed in Gwoza at the hands of Major Timothy Fambiya, a Christian officer from Gwoza in Gwoza local government area. According to investigation, Senator Ndume, a muslim was unhappy that a Christian was sent in to take out a muslim group, feeling it was war against islam. 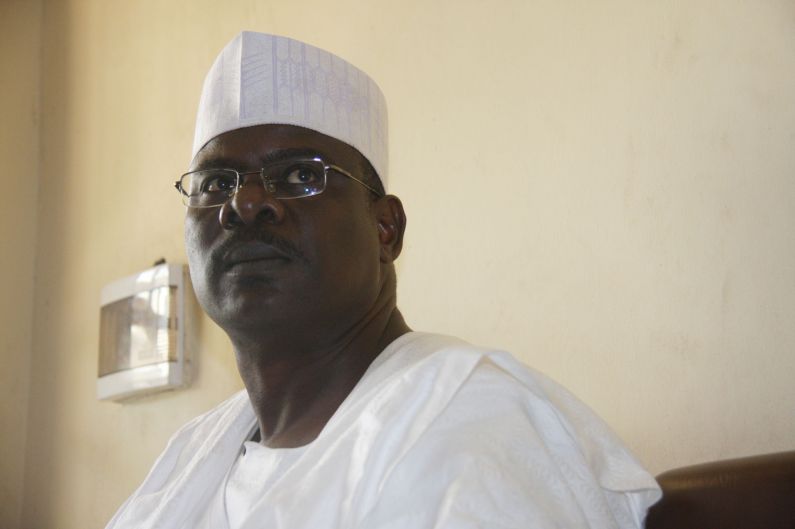 Senator Ndume was also said to have played a major role in the death of Major Timothy Fambiya shortly after the death of late Shekau, allegedly paying Captain Ibrahim Jamare N60 million to eliminate him.

Reports also said the senator also aided Boko Haram by supplying them with about 400 Golf cars.

Investigations have also revealed the role allegedly played by Senator Ndume in the death of Major Timothy Fambiya, who led the operation that led to the death of the leader of the Boko Haram sect, Abubakar Shekau.

Ndume is standing trial at an Abuja High Court over links with terrorists. He is accused of providing phone numbers of some government officials to the members of the Islamic sect.

The Nigerian Airforce in Borno State recently bombed Senator Ndume’s convoy of vehicles on his way to his village on suspicion that he was attending a meeting with the insurgents.

Pointblanknews.com gathered that the senator was angered by the deployment of Major Timothy Fambiya, an indigene of Gwoza in Gwoza Local Government Council of Borno State to eradicate the sect members and halt their activities in the area. The area falls within Senator Ndume’s Senatorial District and is predominantly Christian.

Although there are many accounts of the circumstances surrounding Shekau’s death, he is believed to have been killed in Gwoza Hills by a contingent of Special Forces led by Major A.T. Fambiya. Fambiya is reckoned to be one of the best Special Forces officers in the Nigerian military, who grew up in Gwoza and understood the rocky terrain.

Further investigations revealed that it was Major Fambiya that delivered the fatal shot that sent Shakau reeling in Gwoza Hills during a fierce battle but the Boko Haram leader did not die immediately. He was severally moved to Mali and later Cameroon where he gave up the ghost. His aides, who sought to create the impression that he was still alive to sect members, hurriedly buried him.

Following Shekau’s death, an infuriated Senator Ndume had allegedly contracted the second in  command  to  Major Fambiya, Captain Ibrahim Jamare, to eliminate him. Captain Jamare, who had briefed the Senator on the circumstances surrounding Shakau’s shooting , was allegedly paid N60 million by  the Senator to eliminate the major.

While on a return mission to Gwoza Hills still in search of Shekau, Captain Jamare had shot Major Fambiya  at the back of the head while he was observing something with binoculars.

The military had in a brief ceremony at the Nigerian Military Cemetary in Abuja declared that Major Fambiya was one of the best special forces officer in Nigeria. “He was killed in action on June 26, 2013 in a fierce encounter with Boko Haram terrorists”.

The Major’s suspicious killing had prompted his brother Iliya Joshua to call on military authorities to investigate the circumstances surrounding his death.

“We call on the Federal Government to investigate the rumoured cause of the death of the officers since it remains a mystery to our family. I made the call because he was supposed to be at the Army school of artillery. The last time I called him, he said that he was not part of those people that were going to Maiduguri for this operation. But later, I was told that he had been killed. He was not supposed to be on posting to that place,”he said.

Over 400 hundred people including women and children were killed last month in Ngoshe and Atagara by insurgents, who hoisted a flag at the Gwoza Local Government Area. The insurgents disguised as soldiers had called the residents to come out to discuss peaceful co-existence in the area. Unkonwn to the residents, they were sorroundedv by the insurgents, who opened fire on them killing all that gathered at the village square, who were mostly Christians.

The burning of residential houses, churches and schools have continued  until a recent deployment of soldiers in the area.

Security agencies are also working on the lead that Senator Ndume had purchased 400 Golf  cars for insurgents disguised as empowerment for  his constituents. Golf cars have been used in several bomb explosions in Maiduguri, Yobe, Bauchi, Gombe and Abuja.

Further investigations revealed that insurgents and new recruits were offered a golf car or N500,000.00 to procure the vehicles themselves by the senator. The recruitment drive is disguised as one of his constituency empowerment projects.

Most of the insurgents are said to have migrated to Abuja and are now domiciled in Waru and Wasa villages,  some kilometres from the National Assembly Quarters where they wait to be called upon to carry out car/suicide bombings.

National Cordinator of the Joint  Information Centre on Security, Mike Omeri, had at Wednesday’s briefing of the media on government’s fight against terrorism said government was investigating some politicians following their links with terrorists. He said some of the politicians have been arrested.

He said the development followed information provided by insurgents in custody. He maintained that government would not condone involvement of politicians in security matters involving the nation.