Share on FacebookShare on Twitter
Rumeysa Gelgi, 17, who measures a neck-creaking 7ft and 0.09in has been named the world’s tallest girl. The schoolgirl received the award from the Guinness World Records during a special presentation in her hometown of Safranbolu in Turkey yesterday.
More..

Rumeysa is almost half a foot taller than Crouchie, who in comparison has a more modest height of 6ft 7in.

The teen said setting a world record was a dream come true. 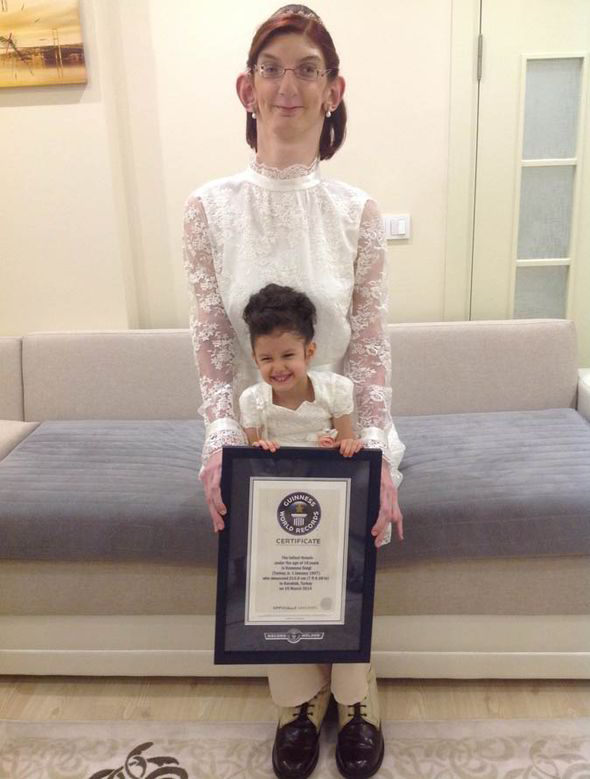 Rumeysa Gelgi has been named the tallest female teenager in the world [PH]
She said: “It’s one of my biggest dreams to be awarded with this record. Being a record-holder is a very amazing thing.”I know that only the special people can make it and I know I’m one of them now.”

In addition to her exceptional height, Rumeysa’s hands measure 24.5cm and feet 30.5cm.

The teen, who is in high school and lives with her parents and older siblings, suffers ongoing physical problems due to her condition.

She suffers from instability and has difficult walking and she has also experienced negative reactions from members of the public.

But Rumeysa said other people’s unkind attitude no longer upsets her and it is down to ignorance.

She said: “I like being different from everyone else. It’s interesting and makes me feel special.”It also provides me with easy access to high places, and looking down at people from above isn’t a bad thing either!”

Her measurements were taken at the presentation in front of Guinness World Records official Seyda Subasi-Gemici.

She said: “Guinness World Records celebrates diversity and recognises extraordinary people all over the world.

“Rumeysa Gelgi has shown tremendous courage in the way that she has dealt with her condition, and it is an honour to meet and award her with the record title of Tallest Teenager.”

Rumeysa has been told she will not grow any further so she will not beat the record of the tallest living person.

That is held by her countryman Sultan Kösen who measures 8ft 3in.

Rumeysa’s record will feature in the 2015 Guinness World Records book which is out in September.