Revealed: Buhari planned bombing of his convoy to discredit Jonathan? 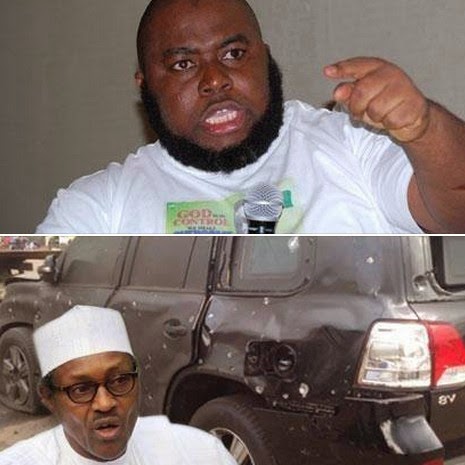 Niger Delta militant leader, Alhaji Dokubo-Asari who is the leader of the Niger Delta Peoples Salvation Force has exploded again, this time he said Gen. Muhammadu Buhari masterminded the attack on himself. He lashed out at the former head of state, saying he plotted to kill many innocent Nigerians in the explosion. In his usual character, the former President of Ijaw Youth Council, IYC, who spoke to journalists in Abuja, said Buhari and his group would fail in their conspiracy and desperation to take over power from President Goodluck Jonathan.Claiming he knew the erstwhile Nigerian leader so well, Asari claimed that Buhari is not known to be driven in a bullet-proof car prior to the incident, alleging that the use of an armoured jeep in his motorcade started just recently which confirmed his stand.

Aug 3, 2020
Meanwhile, President Jonathan was said to have called General Buhari personally over the attack on him by men suspected to be agents of the deadly Boko Haram sect, after security report. So, could it be that Asari is now well informed on security issues in the country than those who are in-charge of security matters?
It seems we are moving from the era of #AmericaWillKnow to an era of #AsariWillKnow.
-Olufamous