Bow Wow dropped his famous stage name and opted for his government name, Shad Moss, in order to be taken more seriously as a TV host (of 106 & Park), actor and businessman. But try as hard as he might, it’s what comes out of Bow Wow’s mouth that keeps people from taking him seriously. From saying that he makes his girlfriends famous, to kissing  and telling about his exes on national TV, Bow Weezy just can’t get it right. For example, he shared a little too much on Wild ‘N Out recently when asked about the fellatio skills of two of his most famous exes. During a game of “Plead the Fif,” comedian B Daht asked an inappropriate question that the rapper should have known to plead the fifth to. However, he decided to answer anyway:

B Daht: “Who gives the best head? Ciara or Rev Run’s daughter?”

Nick Cannon: “You might want to plead on that one!”

Bow Wow: “Well, at one time they both was my women correct? So if you put one and one together I mean, of course we must have been doing the do if they was my women, correct? Well, then I might as well go ‘head and keep it even, they both is might, mighty, mighty swell.”

Cannon: “I would’ve pleaded the fifth…” 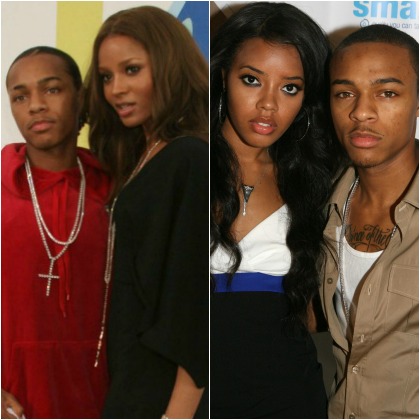 How ironic that Nick Cannon of all people is telling Bow Wow to plead the fifth, but I guess he learned his lesson after he divulged too much information about $ex with Mariah…

This isn’t the first time Bow Wow has talked a little too much about his famous exes. During an interview with The Breakfast Club back in 2012, he confirmed that he had slept with Ciara (as well Karrine Steffans, Dollicia Bryan and maybe even Kim Kardashian), but interesting enough, said at that time that he hadn’t had sexual relations with Simmons.  I don’t know if he thinks all this oversharing will help with his credibility as a rapper, but it definitely helps with his image as something of a sleazeball.