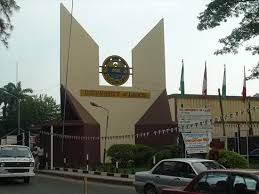 A student was reportedly shot in the head by unidentified gunmen on Monday at the King Jaja Hall area of the University of Lagos.

The student who was identified as Sapara, a final year student of Philosophy, had his face covered in blood after a bullet was said to have scraped the side of his head.

He was subsequently taken to the Lagos University Teaching Hospital, Idi-Araba and official report had it that he was in stable condition.

The incident, however, led to chaos as students were seen running in different directions after the gunshot was heard.

Eyewitnesses said they saw a car speed off after the shooting, noting that the perpetrators might have carried out the attack from there.

Speaking in an interview with our correspondent, the Dean of Students’ Affairs of the University, Prof. Olukayode Amund, confirmed that Sapara was indeed shot and currently recuperating at LUTH.

He stated that investigations had begun to unravel the circumstances surrounding the attack, after which requisite actions would be taken.

He said, “The events surrounding the incident are still unknown and by the time we conclude our investigation, the university authority will take the necessary and appropriate action. Our security operatives are working very hard to unravel the mystery and whoever is responsible will be held to account.”

When asked whether the attack was carried out by cultists, Amund noted that though it was not yet confirmed, it was a likely possibility.

According to him, only cultists are known to carry out operations of this nature.

BREAKING NEWS: US Man Tested For Ebola In Ghana