Men’s Health magazine dubbed him the fittest man alive and to prove it, Cristiano Ronaldo has stripped off and showcased his honed physique in all its glory for the glossy fitness magazine,The 29-year-old can be seen showing off his ball skills in the September issue of the magazine and stars in a series of computer generated images.

The Real Madrid forward reveals the secrets behind his athletic physique in the new issue – as well as opening up about his relationship with Victoria’s Secret model Irina Shayk.

The magazine recently hailed him the fastest footballer in the world and with the help of Zoe Wimshurst, PhD, director of performance vision, they also calculated that he’s able to process the game faster in his head than any of his compatriots. 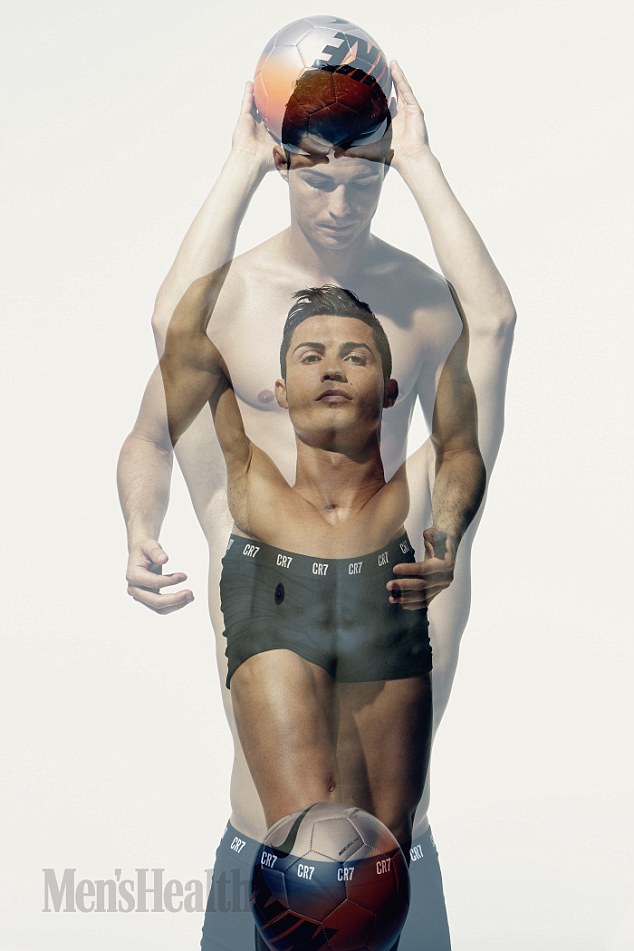 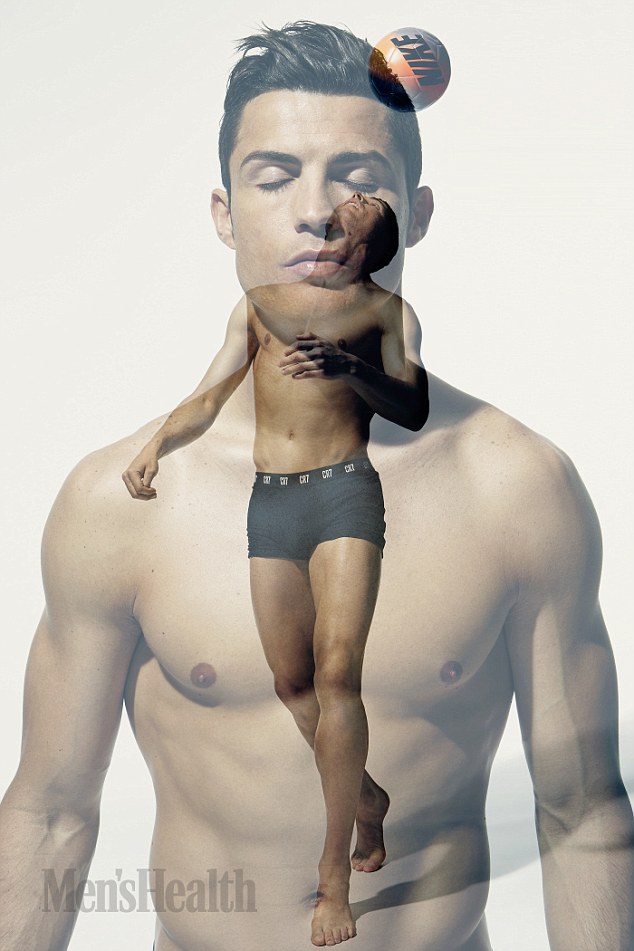 He works out religiously for five days a week, honing his footie skills football for around four hours per day, runs for 25-30 minutes and does sprinting drills.

This isn’t the first time we’ve seen his abs this week. Ronaldo stripped down to his boxers to accept former Manchester United team-mate Darren Fletcher’s Ice Bucket Challenge nomination – and then called on musicians Jennifer Lopez, Beyonce and Lil Wayne to join in.

The Real Madrid player was soaked by his compatriot Fabio Coentrao while sat on a chair wearing just a pair of purple boxer shorts at the club’s training ground at Valdebebas. 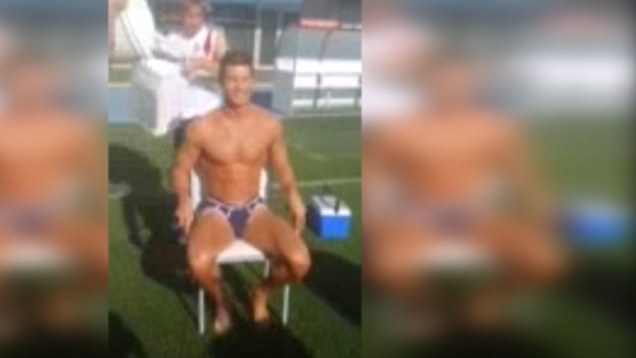 Ronaldo reveals that he wants to retire at Real Madrid