Davido finally reveals why he fought with Wizkid – See what he said!

Davido has finally opened up on his purported beef with Wizkid and why he went on twitter to throw shade. He spoke to Sahara TV on Tuesday and threw light on the issue. 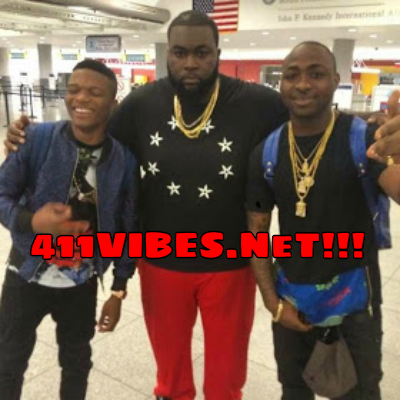 He said, “It’s not beef at all, but I’m the type of person who believes that if I matter to you, then it is wrong to hit your brother down. The only reason I was upset was because of the NY concert. I was even going to tweet something like ‘Everybody, make sure you turn up for my brother, Wiz kid’s concert’ but he threw a shade on me like that.“That’s why I went and said what I said (on twitter). But it’s all cool. At the end of the day, we got to keep it on the music. Shout out to him. I’m still a big fan…but don’t throw a shade at me, especially when we were on the same flight earlier.“By the way, check the numbers on my last concert. Let’s leave it like that.”