Did you know Genevieve Nnaji is richer than Dbanj & Psquare? [See Proof]

Genevieve Nnaji has been named the richest celebrity in Nigeria. The Nollywood actress came on top of the recently released Vanguard’s Richest Celebrity List of 2014 with a net worth of N220 million from endorsements alone.
The former Face of LUX has been signing too many deals with multi-national companies for the past year including Etisalat, Amstel Malta, Range Rover Envogue and MUDCosmetics. 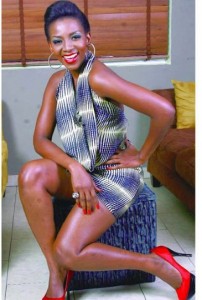 Despite missing out from the ‘infamou’s Glo Ambassadorial list, Genevieve beats big names like Iyanya in second place with N151 million, music group Psquare who came in third with N140million, Wizkid at number four with N101 million and D’banj who occupied fifth place with N100million.
Here is the complete list of Top 10 richest celebrities in Nigeria (Vanguard)
1. Genevieve Nnaji: N220 Million
Genevieve Nnaji is representing or has represented brands like Lux, Cintrion Energy drink, Range Rover Evogue, Etisalat, Polo and Amstel Malta. The Etisalat deal alone earned her N100 million. Her deal with Polo is in the region of N70 while the Cintrion drink rakes in N50 million for the actress.
2. Iyanya -N151 million
Iyanya’s endorsement deal with MTN is worth N60 million. He has a $350,000 endorsement deal with Zinox computers and a N35 million deal with phone manufacturing company Solo Mobile.
3. P-Square N140 from Glo
P-Square’s deal with GLO is said to be N140 million.
4. Wizkid – N101 million
Wizkid’s deal with MTN is worth N45 million, his deal with Pepsi worth about $350,000. He also has an endorsement deal with Guinness.
5. D’Banj N100 million
Dbanj’s deal with Glo is said to be worth N100 million
6. Don Jazzy – N75 million
The Don Dorobucci gets paid nothing less than N50 Million from Loya Milk. He also has a N25 million deal from MTN.
7. Omawumi – N35 million
Omawumi’s deal with Glo is said to worth N25 million. She also has deals with Konga reportedly worth between N5 – N10 million, as well as Mortein & Malta Guiness.
8. Tiwa Savage – MTN deal worth N30 million
Tiwa Savage’s MTN deal is reportedly worth N30 million. She also has deals with Pepsi, Forte Oil and Maggi
9. Davido – N30 million MTN Pulse deal
The OBO has deals with MTN Pulse and Guinness Nigeria. His MTN deal is reported to be worth N30 million, while his Guinness endorsement hasn’t been made public.
10. Funke Akindele – N20 million With Vita Foam Nigeria
Funke Akindele has an endorsement deal with Vitafoam reportedly worth N20 million. She also has deals with Globacom, Jobberman.com, Qlichy.com, Klin detergent, Lagos Inland Revenue Service and OMO.

*Note that this list is based on endorsement deals alone!