Exposed: What Nigerian men do to get extremely rich these days (Must See)

Share on FacebookShare on Twitter
The average youth is thinking about money and luxuries of life. Different forms of vices are being perpetrated by young people, incidentally, most of those things that used to be money spinners no longer yield much.For instance, the Advance Fee Fraud is gradually fading out while the “Yahoo Yahoo” internet fraud business is no longer lucrative as it used to be. Most of those who were courageous enough to venture into armed robbery never lived to enjoy their loot. 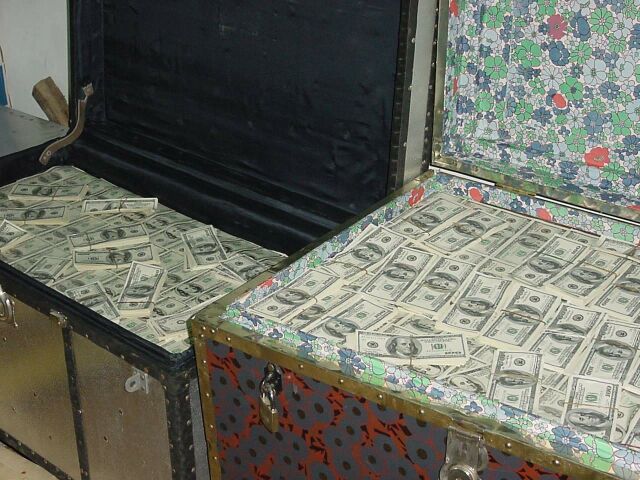 Those still alive are increasingly finding it difficult to operate because robbers keep losing their lives in shoot out with policemen.Street Journal has found out that in the quest for the easy way out of poverty, a lot of young men between the ages of 18 and 40 have opted for money rituals. While greed is a major factor, some are believed to have decided to go into rituals because of oppression by the rich while many believe poverty is the main cause. A student of one of the tertiary institutions in Kwara State who spoke to Street Journal disclosed that “there are students who wouldn’t mind to hammer (hit big money) today and die the following week”. That is to what extent morals have been eroded.Incidentally, the story is the same in most parts of Nigeria.For instance, in Enugu and some other parts of the East, secret cults now thrive as they offer the youths temporary solution to their problems. These cult groups transcend the normal campus brotherhoods whose members are often used by rich politicians. The newer form of secret cults boats of members that engage in esoteric ritual practices, human sacrifices inclusive. Street Journal’s investigations revealed that these cult groups have taken firm root in most big cities in the East.They now attract big boys who are seeking wealth, power and fame. Membership most times is made up of politicians, professionals, top civil servants, big time merchants; captains of industries, even clergymen are not left out.Most people in the east adduced the growth of such money making cults to the average belief of the Igbo man in juju or “ogwu” as it is called in the local parlance. That aside, many people became members in order to protect themselves from enemies and to seek total victory over them. The medicine men who anchor most of the groups are believed to be capable of waging spiritual warfare against whoever opposes them.Street Journal also found out that in order to prevent the groups from dying out, the older members embark on recruitment drives once in a while through which they woo prospective members. Pooryoung men are preferred in most cases and they are given promises of stupendous wealth if they can would perform rituals that will initiate them into membership.Though some walk away, a lot of young men have been enticed by the promise of wealth. At times the prescribed ritual may involve the sacrifice of a loved one like a parent, sibling or spouse. Investigations also revealed that the conclusion of the ritual signals the beginning of the entanglement of the newly initiated member and a lifetime bond is formed. This is achieved via subtle blackmail as the cult normally has evidence of the new initiate performing the ritual either in a photographic or video form, though this is often unknown to the initiate.Such pieces of evidence never find their ways out except the member decides to dump the group. They are also often used as a means of controlling members and ensuring that they do not deviate from the group’s objectives thus serving as a back up to the blood covenant taken by each and every member.Some years ago, one Amaechi, a Lagos based businessman was required to bring his mother for rituals. He went to his hometown in Abia and told his kinsmen that he was taking “Mama to Lagos for medical examination”. The old woman however died in mysterious circumstances. The man hardly visits his hometown now because he would be forced to explain the circumstances surrounding his mother’s death.Some very desperate members have professed their preference to die young as long as they die rich. There were speculations years ago that that a rich young Igbo businessman who died at 44 years belonged to this category. He incidentally left 44 houses behind, he had also prepared his burial site before he passed on.For some others, the practice of having sex with a corpse is recommended. This is said to be one of the most potent rituals in money making. In some cases however, money seekers are ordered to have sex with lunatics. A rich trader was caught pants down with a mad woman in Ogbete Main Market in Enugu about three years ago.It has also been observed that sudden transformation often takes place in the lives of members of such cults. People that had been known to be poor would suddenly become rich and they acquire choice properties all over. The trend for covering up the spiritual background of their wealth is to start up businesses, but these days, most of them enter politics and even run for elective offices.Incidentally, most of these cult groups do not forbid their members from attending churches. Street Journal’s investigations revealed that they use that as an effective way of covering up their deeds and blending well into the society. Members are even encouraged to use their wealth to effect their rise in religious sectors so that as leaders, their tracks would be well covered.It is however unfortunate that most of those who make their money through such channels are often cut down in their prime, and once someone is initiated, there is no going back.In Ibadan and other big cities in the south west, a considerable increase has been observed in the number of lunatics roaming the streets. Investigations have however revealed that not all aad men on the streets are genuinely mad. a certain money ritual is said to be in vogue which involves the money seeker going crazy for a specific period of time after which the remaining rituals wold be carried out. investigations revealed that most of those who go for this method prefer going to towns where they are unknown to serve their period of madness. The only risk however is that those not destined to be rich may remain incurably mad.