Share on FacebookShare on Twitter
This is the story of my life: I am not a loose woman. I am just a woman who loves her husband very much and didn’t want to lose him. I just did what I had to do to save my marriage even though I feel guilty sometimes. It was not easy but I slept with my driver so that I could give my husband a child, but instead, God gave me twins, a boy and a girl. 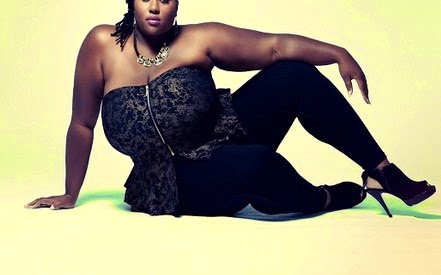 I was married to Philip for eight years. We had no child. “The worst was that I never got pregnant even for a day.” His mother became so impatient that she started breathing down my neck as she gave me no breathing space at all. She moved in to live with us and practically made my life unbearable – in my matrimonial home.I cannot drink water and drop the cup because she must insult me. It got to a point that she stopped eating my food because, according to her, I should be feeding my children so that they would grow healthy and stronger and not her. “Monica, if you had children, you are supposed to be feeding them with all these food so that they would grow healthy and strong. I am getting old so I don’t need all these nonsense you call food. Take them away and give me grandchildren,” she would scream.

Even after she had left, I could still hear those insults in my head so I decided to take a bold step – I seduced and slept with our driver…

Before then, my mother-in-law also stopped talking to me, however, the only time she talks to me is when she wants to insult me and remind me of how less a woman I was.Philip and I love each other so much that he stood by me despite all his mother did or said to frustrate me to leave him. We visited different specialists and they all certified us medically alright. I have visited churches, held vigils and even fasted for days, drank various concoctions of varied colours and combinations all in the name of getting pregnant so that my mother-in-law can stop humiliating me yet I couldn’t get pregnant.At a point, I stopped coming out of my bedroom because it was obvious my mother-in-law had vowed to frustrate me out of her son’s home. Most times, I just stayed in my bedroom and either cries, pray, think and then sleep off because I was scared of his mother confronting me. To make things worse, she sent away the house help because she said, “You don’t need any house help because there are no children to take care of. Take care of your house yourself and stop wasting my son’s hard earned money.”It was just the three of us living at home, “God, I was always so terrified even when I hear her voice from a distance.” It is so agonizing to say this but my husband usually pleads with me to come out of the room and this makes him feel so sad especially those times I refuse because I don’t want to come face-to-face with his mother. When her troubles became too unbearable, Philip practically threw her out of the house just to make me feel safe and comfortable in my own home.Okon is a young man in his late 20’s. He is a graduate of Mechanical Engineering but because he could not get a good paying job, he opted to become a driver. I promised to get him a good job if he sleeps with me just once but I never disclosed the reason for this. However, Okon thought I just wanted to cheat on my husband with him. I planned it during my ovulation so that I could get pregnant, although it was not easy sleeping with another man. I knew I was betraying my husband but I saw it as a necessary action. After a month, I discovered that I was pregnant. So, as promised I got a job for Okon in a friend’s company where he started earning almost N150,000 per month. When I told Philip that I was pregnant, he was so excited. “Sweetheart, God has finally answered our prayers. I am pregnant,” I revealed.When I was five months pregnant, he informed his mother and she immediately returned to the house. She pampered me like a baby and also took good care of me. I never wanted to do any scan but my mother-in-law insisted. When I finally did the scan, it showed I was pregnant with twins, a boy and a girl. My mother- in-law and husband were extremely happy while I felt much fulfilled. “God thank you for compensating me with a set of twins after eight years of barrenness,” I muttered.When the twins were born, the girl took ill for some time. It took a while before she fully recovered after several treatments and this got me worried. Philip and I insisted that blood test be carried out on them to determine their blood group and genotype and then came the shocking revelation. The doctor informed us that although their blood groups are both A, however, their genotypes are AS for the girl and AA for the boy meanwhile Philip and I are both AA. I wanted the ground to open and swallow me up because I felt Philip would ask questions but to my surprise, he did not. He just said, “Sweetheart, lets go home. We have had quite a long day, you and my babies need to rest.”Three months later, he held me closely and said:“Monica, don’t be scared. I don’t want to know who the father of the twins is. I know whatever you did, you did to save our marriage and I am very proud of you. I promise to always love you and my babies. I promise this will be a secret between us. I love you sweetheart. I know we will have our own children someday.” I wept as he wiped my tears with his hands.I know what I did was wrong but at least my mother-in-law is extremely happy with me, that is all that matters. Although, everyone is happy but I feel guilty that I selfishly used an innocent man to achieve my aim. But before anybody judge me; just put yourself in my shoes and think for a moment what you will do?– Monica