This is quite awkward. Jackie Chan is an anti drug ambassador in China, yet his son was arrested for allegedly helping drug dealers. 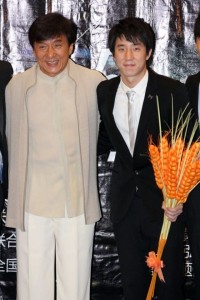 According to news source Xinhua,Jaycee was detained “on suspicion of accommodating suspected drug users”.

A few reporters claim that because he is the child of a celebrity, he may not do prison time, while normal people get at least 7 years in jail.

In 2011, Jackie Chan revealed that he will not be leaving his fortune for his son and everything will go to charity. “If he is capable, he can make his own money. If he is not, then he will just be wasting my money.”

After 56 years in the movie industry acting over 200 films, Jackie Chan finally gets his first Oscar Award (Must See)

Top 10 stunt injuries of Jackie Chan – #1 will shock you! (With Pictures)

Top 10 spectacular stunt injuries of Jackie Chan – #1 will shock you! (With Pictures)