Share on FacebookShare on Twitter
That’s the gospel according to MediaTakeOut.com. Lol. Below is how they are reporting it… 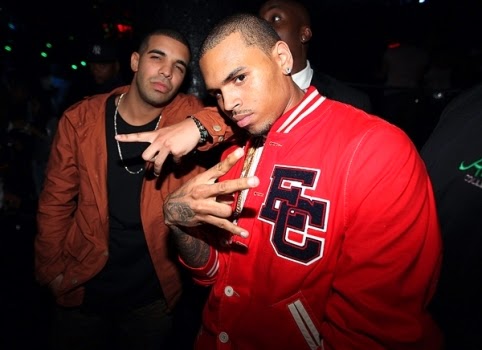 The break up of Chris Brown and his longtime gf Karrueche just got a lot more interesting. MediaTakeOut.com spoke with a person really close to Chris Brown – who tells us that Karrueche is a scandalous chick.

According to them, Karrueche tried to get with Drake – while she was still with Breezy.

The insider claims that in recent weeks, Chris and Karrueche’s relationship became strained. The insider explained, “Karrueche got a new manager and started changing up. In the beginning she was just a cool chick, that liked to hang out and have fun. Now she was trying to use every opportunity to make money. Chris did not approve.”

The friend claims that Chris was on the verge of dropping Kae – and so she tried to make a KARDASHIAN-TYPE publicity leap. The insider explained, “Kae started texting Drake and flirting. She thought that since he and Chris had issues, that he might be open to date her [just to piss Chris off].”

But Drake was a REAL DUDE – and didn’t fall for her TRAP. The insider explained, “Drake immediately forwarded the texts to Chris and told him EXACTLY what Karrueche had done. Chris Brown IMMEDIATELY dropped that heaux.”

Chris Brown ask to be on Davido’s Groomsmen Train