By next year, May 7th 2015, One Chuka Umaunna may turn history around and become the first black British prime minister of the United Kingdom. Born in 1978 to a Nigerian Father and an Irish Mother, Chuka grew up in the UK . 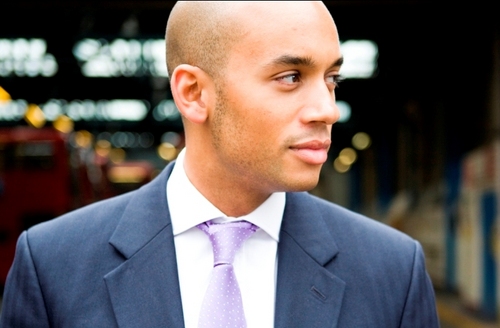 Chuka is of mixed race, his father Bennet, who hails from Anambra state died  in a mysterious car accident in Nigeria in 1992.

His father was a labourer who went to Britain in the sixties with just a suitcase and no money, he worked in a carwash and then worked till he became a successful businessman and died in a car crash when his son was 13.

The father met Patricia Milmo, a solicitor, at a London party, she was the daughter of Sir Helenus Milmo, a Cambridge-educated High Court judge and a prosecutor at the Nuremberg Nazi trials.

Chuka till this day believes his father was killed due to him, not accepting to indulge in corrupt practices when he was running for the governorship of Anambra State during the administration of former military dictator, General Ibrahim Babangida (retd.).

When asked about his father, he said: “There was a lot of speculation in Nigeria at the time around his death. He was a national political figure standing on an anti-corruption ticket and refused to bribe anybody.

“We don’t really talk about it because it is not going to bring him back but I think he would be bowled over that his son is now a politician just like him.”

Chuka now is an an English and French Law graduate from the University of Manchester, and has a masters degree from Nottingham Law School and his political career was formed by the divide in his own Streatham constituency in the UK.

The 35-year-old Labour Party Member of Parliament, has to join and be a member of parliament and make sure his party win 560 seats in the House of Commons during the parliamentary elections being the leader to  be his party leader.

Chuka is said to be supported by former Prime minister Tony Blair, is also the Shadow Business Secretary, a position held by a member of Her Majesty’s Loyal Opposition

When asked if Blair had blessed him, Chuka said, “I really don’t know anything about that.” However, when he was pressed further whether he aspired to head his party, he said, “I don’t entertain any discussion beyond winning the election next year. That would be completely hypocritical of me. To start thinking about hypothetical scenarios would be totally indulgent. All my energy is focused on winning the election, and so should everyone’s. It will be very close.”

Chuka confesses that until his late teens he had not even thought about a career in politics because there was “nobody who looked like me” running the country.

Chuka has been vocal in the call for a reduction in government spending as well as issues on immigration. “They [the French] have something like 40 ministers compared to our 80,” he says.