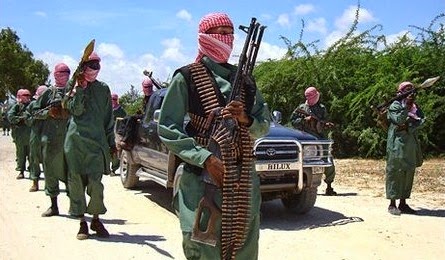 According to reports reaching us, A bomb has gone off at the Federal College of Education, Kano State,Vanguard states that residents of the Kabuga area had reported hearing heavy gun fire at the premise.

As of the time of this report, armed security men were on their way to the Federal College of Education, Kano State.

More details are coming, but news-rescue say that it appears to be s a group of armed robbers or terrorists who were being chased by police that were shooting into the air to gain access to escape,Leadership are claiming the attack was instigated by Boko Haram. The Police in Kano on Wednesday confirmed the death of 15 persons, including two suicide bombers, at the Federal College of Education (FCE), Kano, according to NAN.

The Commissioner of Police in the state, Aderinle Shinaba, disclosed this shortly after visiting the scene of the incident.

Shinaba said 34 others, mostly students and lecturers, sustained various degrees of injury during the attack.

He said the suicide bombers had before their arrival to the institution, exchanged gunfire with some security operatives along Kafar Famfo-BUK road.

“After the exchange of gunfire, they emerged at the college lecture theatre and detonated two explosives.

“There was another insurgent, who was carrying AK 47 rifle and explosives.”

He said that one of security operatives was able to shoot him and the explosive went off and killed him.

“We have been able to recover some of the AK47 rifles and magazines used by the insurgents.

“So far, 15 people were dead, while 34 others that sustained injuries are currently receiving medical attention in the hospital,” the commissioner said.

He said security had been beefed up in the area, adding, “we are going to keep our men on ground to enhance security in the school,’’ he said.

The Boko Haram sect is believed to have killed no fewer than 5,000 people across Nigeria through their terror attacks since 2009.

Over 650, 000 residents in northern Nigeria are also reported to have been displaced following series of bomb blasts, kidnappings and killings carried out by the insurgents.

Mercy Aigbe pens down appreciation message to fans and…