Cardinal Okogie speaks on Chris and Anita Oyakhilome divorce – You need to see what he said!

Share on FacebookShare on Twitter
Speaking with a Vanguard reporter recently, Catholic Archbishop Emeritus of Lagos, Anthony Cardinal Okogie, said the drama going on between Pastors Chris and Anita Oyakhilome divorce is disturbing. He said when pastors refuse to honour the vows they took at the altar of God, what do they expect from the ordinary members of their congregation? 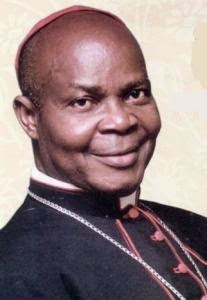 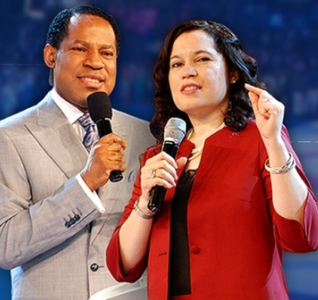 “When the going was good, they took vows on the altar of God to stay together in sickness and in health, until death do them part. They promise to make one another faithful partner in the presence of God, their family and friends and vow to be each other’s faithful partner in sickness and in health, in good times and in bad, and in joy as well as in sorrow. (with their separation ) It shows that they cannot live by what they preach. The Bible says: ‘What God has joined together, let no man put asunder.’ So why are they putting asunder what the good Lord has joined together if they are men of God as they claim?”Okojie said

Asked what the development portrays for the Church of God, the cardinal replied with a question

“What Church are you talking about?. It is not good. Are they true pastors? Good shepherds of the Lord are expected to do everything to shepherd their flock including their spouses even when they err. If God forgave us in spite of our filth, why can any man who is truly called pastor not forgive any malfeasance?”

Okogie blamed the Corporate Affairs Commission, CAC, which registers every organization which goes about deceiving people in the name of church, noting that there are several “useless” institutions that have been registered churches which are currently painting the Church of God in bad light.-LIB

Everything you need to know about Carissa Oyakhilome’s wedding – Who is her husband? The cost of her dress & more (Photos)