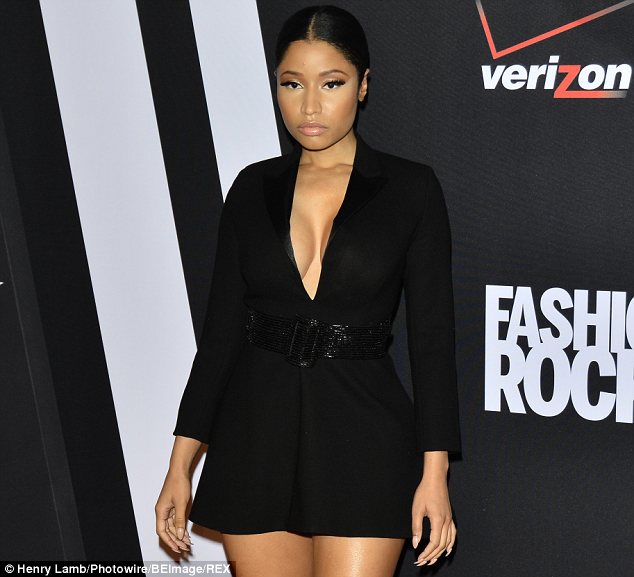 She is one of the fiercest rappers around but Nicki Minaj’s strong public persona hides personal heartbreak.

The 31-year-old rapper’s mother Carol has claimed Nicki’s father Robert was a cocaine and alcohol addict who used to beat his children, including Nicki, and said Minaj used her tough upbringing to become the superstar she is today..See what she said below..

In an interview with Uk Sun News, Carol alleged: ‘My husband used to get high on cocaine and alcohol and would come home and terrorise the whole family.

She added that he hit both her and the children, telling about one night she tried to escape but he caught her and ‘punched me in the face’.

Carol added: ‘He would hit the children too.’

The 54-year-old revealed Nicki would often spend nights crying in her room because of how her father treated Carol and Nicki’s brothers Micaiah and Jelani.

And she claimed that Robert once burned down the New York house where Nicki grew up because he was in a rage but detailed how the children escaped because they had been staying with a neighbour.

Nicki has previously spoken out about her father’s alleged abuse with Now magazine reporting earlier this month that she said of her childhood, ‘A lot of arguing, lots of screaming – there were holes punched into the walls in anger and cops being called to the house all the time. 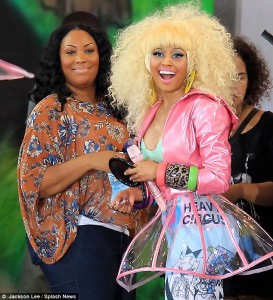 ‘I was afraid, very afraid that something would happen to my mother.’

She added: ‘My mother left him many different time and came back. One time he pulled my mother out of a car and dragged her two blocks.’

Minaj grew up in Trinidad and Tobago where she lived with her grandparents and moved to New York when she was five.

She previously told Rolling Stone: ‘When I first came to America, I would go in my room and and kneel down at the foot of my bed and pray that god would make me rich so that I could take care of my mother.’

And while her dad would prefer she not speak out about his violent past, Nicki said: ‘It’s the price you pay when you abuse drugs and alcohol.

‘Maybe one day your daughter will be famous and talk to every magazine about it, so think about that, dads out there who want to be crazy.