Nigeria has recorded another Ebola case, the Minister of Health, Onyebuchi Chukwu, said Monday. Mr. Chukwu​ ​​said the new case is the fiance of one of the primary contacts of the index case, Patrick Sawyer. Mr. Sawyer is the Liberian-American who brought the virus to Nigeria late July. 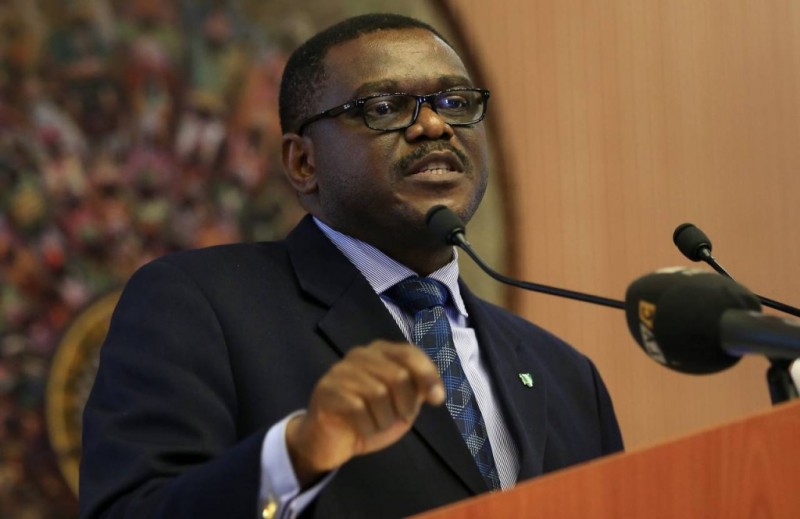 Mr. Chukwu said the primary contact had, however, made a fully recovery. Th​e new case brings the total number of Ebola cases in Nigeria to 19 with seven people dead from the disease while 10 others have recovered, the minister said. He also noted that the sister of the Port Harcourt doctor, Ikechukwu Enemuo, who treated one of Mr. Sawyer’s primary contact in a hotel secretly, has fully recovered and been discharged. Mr.

Chukwu said with the latest developments, the total number of people under surveillance in Lagos have reduced to 27 while Port Harcourt has 477. He also said that five people have been discharged from the Port Harcourt isolation center following completion of the 21 days observation period. He dispelled rumo​u​rs of ​an​ outbreak of the disease in any other state or city in Nigeria, outside of Lagos and Port Harcourt, Rivers State.

He ​said​ Nigeria ​currently ​ha​s only one Ebola patient — the wife of Mr. Enemuo — whom he said was already recovering and would soon be discharged.