OMG : Meet the Celebs Who Correctly Predicted Their Own Deaths [See pics + Details ] 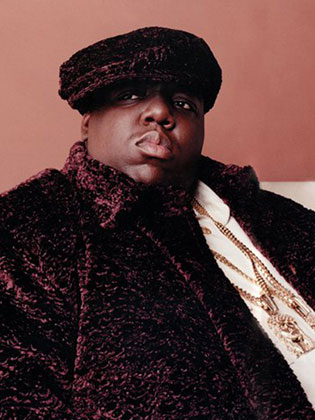 An overlooked facet of rap is how it magically predicts the future at times. Jay Z foretold his own rise on the New York Times bestseller list with his ‘Decoded’ autobiography when he released 1998′s ‘Money , Cash , Hoes.’ Years later, Jeezy predicted Barack Obama’s inauguration on ‘My President. Some predictions — far too many — fall in line with tragedy. The live-fast-and-die-young mentality sounds cool to many of hip-hop’s young demographic, but there’s nothing glorious about the unfulfilled potential of an artist’s life cut short.

Part of the legacy of artists like Tupac Shakur and Big L is how they chillingly and almost accurately predicted their own demise. Death isn’t too far from some of these artists with their inner city beginnings, but when it caught them, the aftermath left fans shocked despite their premonitions. Check out Rappers Who Correctly Predicted Their Own Death. Lyrics: “I been shot and murdered, can tell you how it happened word for word /
But best believe n—-s gon’ get what they deserve,” raps Tupac on Richie Rich’s ‘N—-s Done Changed.’This song was released two months before Tupac Shakur was gunned down in a drive-by shooting on that Las Vegas strip in 1996. His murder is still unsolved.

By his last album, ‘The Don Killuminati: The 7 Day Theory,’ Shakur went by the name Makaveli, a reference to the famed Italian philosopher who advocated faking one’s own death, which some fans believe Pac did.

The West Coast MC also predicted his end in a recently released PBS interview. After he was asked where he saw himself in the next few years, he said, “Best case, in a cemetery. Not in a cemetery, sprinkled in ashes smoked up by my homies. I mean, that’s the worst case. Lyrics: “I swear to God I feel like death is f—ing calling me,” raps the Notorious B.I.G. on ‘Suicidal Thoughts.’

Biggie Smalls has always told tales of excess with a distinctive frankness that was sometimes tongue-in-cheek. Death was still at the underbelly of most of his work though.His debut album, ‘Ready to Die,’ featured many songs that touched on death — ‘Big Poppa,’ ‘Juicy,’ the self-titled track and the album-closing ‘Suicidal Thoughts.’ The latter was particularly eerie considering the way his life story happened.

Of course the Brooklyn, N.Y.-bred MC didn’t commit suicide, but death did find him when he was killed during a drive-by shooting in Los Angeles in 1997. His posthumous album title: ‘Life After Death. The crazy part about these lyrics from D12‘s ’40 Oz.’ is how they’re an accurate representation of how Proof passed away. There isn’t a definitive account of what exactly happened at that billiards table at the CCC Club on 8 Mile Rd., on April 11, 2006, but what’s known is the situation escalated between the intoxicated rapper (whose blood alcohol content read .32 at the autopsy — three times the legal limit) and Keith Bender.

Bouncer Mario Etheridge, Bender’s cousin, fired a warning shot into the air to stop the fight. Proof apparently fired shots in retaliation, killing Bender. He died from two shots in his back and another one to the back of his head.

The tragedy was also foretold in Eminem’s ‘Like Toy Soldiers’ video — a song that warned against the kind of activity that actually killed Em’s best friend. Proof played the rapper who’s gunned down in the video.

Lyrics: “I watched all of them, run for they share / And all I can do was stare / I got weak and fell on my rear / Now I can hear the sirens, that means here comes the Jakes / But it’s too late, I’m knockin’ on the pearly gates,” raps Big L on ‘Casualties of a Dice Game.’

Big L’s murder was related to conflict, albeit it’s not the type rapped about on this track, ‘Casualties of a Dice Game,’ off his posthumous LP, ‘The Big Picture’ — the lyrics detail a dice game that ends in his death.

The NYPD believed the Harlem rapper was shot to death in response to something one of his two brothers did (they were in prison at the time).

The rapper is considered a legend, but had his life cut short at 24, when he was murdered in a 1999 drive-by shooting. Lyrics: “You see the rain on my window pane / Waking up in cold sweats having dreams of going out with a bang / My poppa died by the gun, I’ll die by the gun / And if I ever have a son he’ll probably die by the same,” raps Dolla on ‘Georgia Nights.’

Dolla, born Roderick Anthony Burton II, was a promising act out of Decatur, Ga., who unfortunately never got to live to see his first album released. The lyrics from ’Georgia Nights’ stand out because they were tragically autobiographical.

The story is that Atlanta event promoter Aubrey Berry was assaulted by Dolla and his affiliates — who were part of the Mansfield Crips — in an Atlanta nightclub. Later that month, they taunted Berry at a PF Changs restaurant in Los Angeles before following him to his car. Berry then shot Dolla four times with a 9mm in self-defense, killing him. He was 21 when he died. Two years before he released his groundbreaking debut album ‘Are You Experienced,’ Jimi Hendrix recorded a self-mythologizing song called ‘The Ballad of Jimi’ that not only elevated the subject of the song (some dude named Jimi) to a sort of heroic status, it also predicted his death.

The slow, bluesy cut — which Hendrix recorded with R&B artist Curtis Knight — never showed up on an album, but fans are more than aware of it, especially since the song is “dedicated to the memory of . . .  Jimi.” Lines like ”Many things he would try / For he knew soon he’d die,” ”Now Jimi’s gone, he’s not alone / His memory still lives on” and ”Five years, this he said / He’s not gone, he’s just dead” weirdly predict the legend’s death and legacy five years later. John Lennon famously retired from the shackles of fame and the music business in 1975, walking away from his myth and legend to take care of his baby son. Five years later, he returned to the studio to lay down a whole bunch of songs that would result in the ‘Double Fantasy’ album.

Lennon was so prolific during this period that many of the songs were left unfinished. Following his tragic death on Dec. 8, 1980, the leftover material eventually found its way on posthumous albums. ‘Borrowed Time,’ inspired by a harrowing sailing trip, includes the line ”Living on borrowed time without a thought for tomorrow” and was reportedly the first song recorded after Lennon resumed his career. It ended up on 1984′s ‘Milk and Honey‘ LP, where its lyrics seemed eerily, and sadly, prescient. There are so many bizarre things going on with Lynyrd Skynyrd‘s ‘Street Survivors‘ album that we get all weirded out just thinking about them. First, there’s the cover of the 1977 LP, which features the band engulfed in flames. Knowing what comes next — three days after the album’s release, the band’s plane went down, killing frontman Ronnie Van Zant and others — is enough to freak out even people who aren’t freaked out by these kinds of things.

And then there’s the words to ‘That Smell,’ one of the album’s most popular songs: ”Say you’ll be alright come tomorrow, but tomorrow might not be here for you,” “Angel of darkness upon you,” ”The smell of death surrounds you.” It may have been written as a cautionary drug tune, but following the events of Oct. 20, 1977, ‘That Smell’ takes on a whole new, and creepily prescient, meaning. Sixteen years before he died of lung cancer in 2003, Warren Zevon recorded a song about a blue-collar worker that pretty much foreshadowed his own death. ‘The Factory’ appeared on Zevon’s 1987 comeback album ‘Sentimental Hygiene,’ and chronicles the life of a man who grows up to be a factory worker just like his dad.

After Zevon hammers home his point about the uselessness of it all, he ends with these stinging lines: ”Kickin’ asbestos in the factory / Punchin’ out Chryslers in the factory / Breathin’ that plastic in the factory.” Zevon died of advanced malignant mesothelioma, which is often caused by exposure to asbestos. Thing is, Zevon never worked in a factory, so his odds of developing cancer there were nil. Yet, somehow, a decade and a half before the end, he predicted the cause of his death. Marc Bolan looked like a rock star. And he usually sang about the usual rock-star things in his songs with T. Rex. He inspired a whole legion of glitter-wearing fans to follow his every word. And on the 1972 single ‘Solid Gold Easy Action,’ he seemed to have a knack for predicting the future — even foreshadowing his own demise five years later.

Look no further than the opening line of ‘Solid Gold Easy Action,’ a single-only release that eventually showed up on the same year’s ‘Great Hits’ compilation. ”Life is the same and it always will be / Easy as picking foxes from a tree,” Bolan sings as typically glammy guitars spill out a riff. Turns out that the license plate on the car that Bolan was killed in on Sept. 16, 1977, was “FOX 661L.” And oh yeah, it was wrapped around a tree.