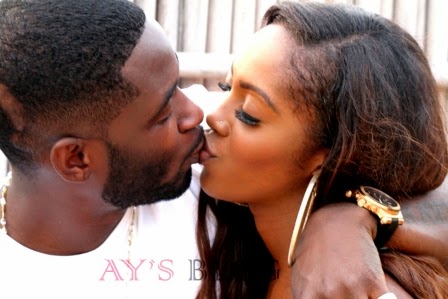 Singer Tiwa Savage and her husband, Tunji ‘Teebillz’ Balogun are rumoured to have split – living separately.

The couple, who tied the knot in April 2014 in a lavish wedding ceremony in Dubai, may be headed towards divorce is the rumours about their marital problems are true.

Reports have it that Savage’s husband, who doubles as her manager, has been hitting her. The domestic violence, sources say, led the singer to move out of their matrimonial home. 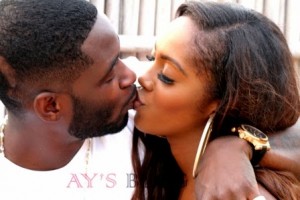 An insider says the beating started before they tied the knot but the Wanted singer still went ahead to marry him.

The last straw, it was learnt, happened about four weeks ago when Savage confronted Teebillz over alleged infidelity but he turned violent and beat her up.

The pair met in 2010 in the US and began a professional relationship immediately. Teebillz signed her under his label, 323 Entertainment where she was until she joined Don Jazzy’s Mavin Records in 2012.

He still remained her manager.

The couple, who are known for their romantic public display of affection in public and on social media have been very quiet towards each other on social media and haven’t been spotted together in public for about four weeks now.

Teebillz turned a year older on Friday, September 26, 2014 and again no sweet words were exchanged between the couple as they usually do.

Teebillz posted a message and excluded his wife’s name from it.

“Thank you, God, for giving me another year of life. Thank you for all the people who remembered me today Thank you for all the experience of this past year; For times of success which will always be happy memories, For times of failure which reminded me of my own weakness and of my need for you, For times of joy when the sun was shining, For times of sadness which drove me to you. Forgive me for the hours I wasted, for the chances I failed to take, for the opportunities I missed this past year. Help me in the days ahead to make this the best year yet, and through it to bring good credit to myself, happiness and pride to my loved ones, and joy to you…..AMEN #2609 #ThankYouLord #HBD”

Savage and Teebillz are yet to comment on the split rumours.