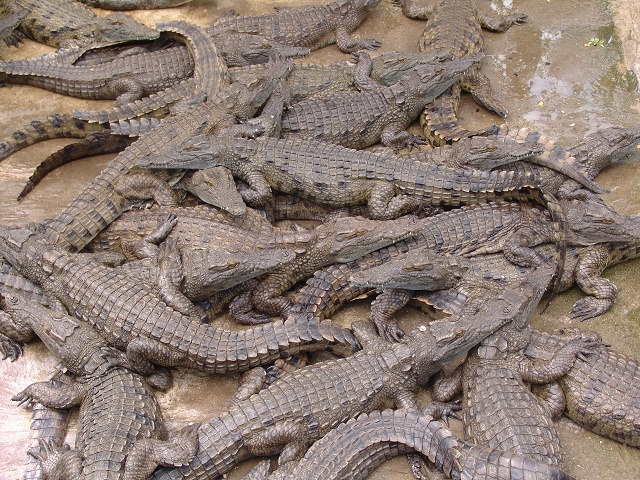 Hungry crocodiles ate a 65-years-old woman. She jumped into their area at a zoo in Bangkok.

Wanpen Inyai picked rather weird way to commit suicide. 65-year-old woman threw herself in the “home” of 1,000 crocodiles at Samut Prakarn Crocodile Farm & Zoo. As reported, woman has been suffering from depression in the days before her suicide. She had not spoken a single word to anybody before her death as well. Before her death leap she took off her shoes.

It took just a couple of minutes for angry animals to eat her. Horrified tourists saw everything.

“She did not cry or scream when she was bitten.It happened so quickly. Nobody could do anything.”

“Just right in front of me, she just jumped into the pond without a word. The moment the crocodile grabbed her body, she even hugged onto him.”

Zoo keepers tried to save her but could do nothing. They managed to ward off the crocodiles to prevent them from attacking, but their affords failed. Woman`s identified by police just because her documents were floating in the water.

Police also stated that woman left a suicide note where she apologized to her family.