Meet the woman with the largest butt implant in the world – See how it looks! (Photos)

Largest butt implant in the world – Vanity became an internet sensation when she posted pics of her developing booty and all the hardships she faced.  She revealed, ‘When I heard about bútt injections I thought it sounded stupid but after a year in that environment as a dancer, everyone was doing it, it wasn’t such a foreign concept. I thought I might as well try it. 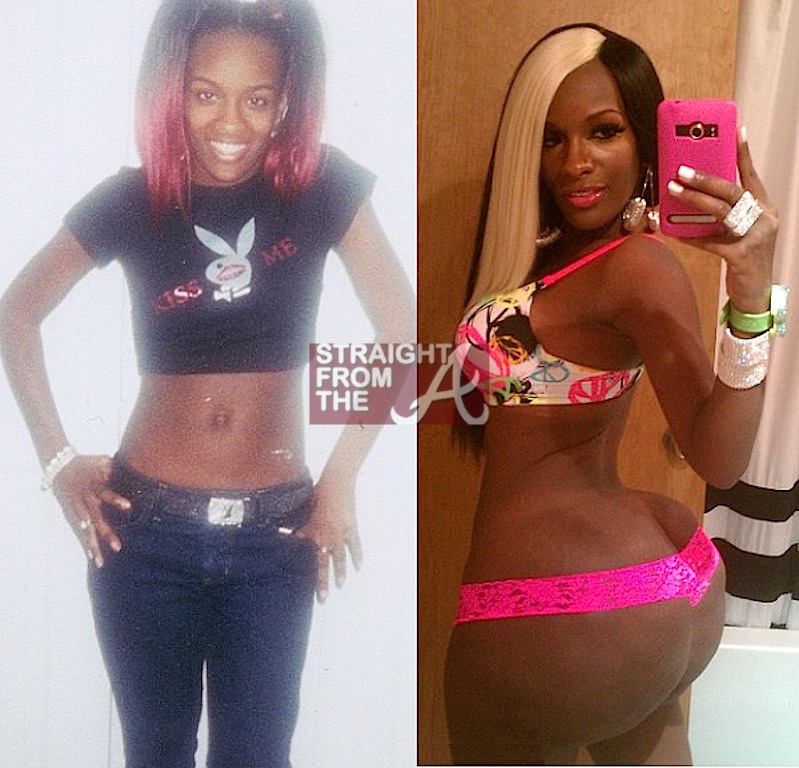 ’Then it became a competition – not for men but against other women. So many of us were doing it because we wanted to better than the other person.’ ‘It did become addictive but it got infected so I was left with lumps. So I had a choice, I could have a medium-sized lumpy bútt or keep padding it with silicone to make it better. So it wasn’t my goal to get this big but padding it with silicone is how this happened.’
Vanity says she’s speaking out because she doesn’t want other women to get caught in the trap.  She claims it’s ok to get b*tt implants, but ladies should stay away from bútt injections.  She added,‘Truthfully I would like smaller bútt but I’m happy I didn’t die and still here for my children. I did so much dumb stuff with my body I’m lucky that I’m still living. When I look in the mirror, I think I would like a smaller bútt, it’s hard to go shopping, but I’m just happy I’m still here.’