Breaking: Morocco Pulls Out As Host Of #AFCON2015 Due To Fears Of The Spread Of Ebola Virus [Details] 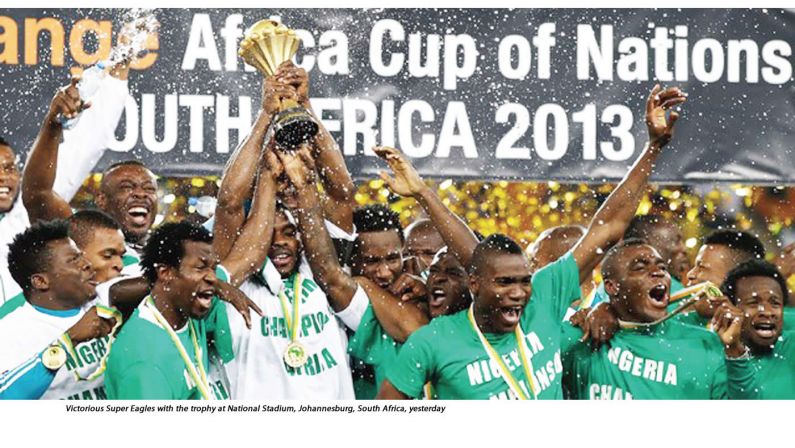 Morocco have withdrawn their rights as hosts of the 2015 Africa Cup of Nations due to fears over the spread of the Ebola virus that has hit the West African region.

The news comes a day after round four of qualifiers were played, with Algeria , Cape Verde and Cameroon confirmed as the first three nations to secure their places at next year’s tournament.

According to reports, Morocco are prepared to deal with any consequences that their decision to pull out as the 2015 AFCON hosts may have.

The Moroccan government’s initial request to postpone the tournament to later in the year was rejected by the continental body last week.

They have since proposed that they swap the 2017 hosting rights relinquished by Libya or postpone the tournament to 2016, but CAF had not responded, which forced them to make the announcement on Thursday.

Meanwhile the government of Ghana has confirmed the receipt of a letter from the Confederation of African football to be on standby to host the next African Cup.

Youth and Sports Minister Mahama Ayariga told Citi News that the football governing body saw Ghana as one country with a potential to quickly host the showpiece.

“It is only today that I’m hearing of the formal refusal of Morocco to budge on the issue of the date which means that CAF would definitely need to look at an alternate venue.”

“CAF wrote to us a few days ago actually and indicated that Morocco had given strong indications that they will pull out if CAF did not change the date.

“And CAF also indicated that it was firm on those dates but they will meet the Moroccan authorities and take a decision at that meeting.

The minister however hinted that Ghana might not be the only country under CAF’s consideration.

“But in the meantime they are writing to a number of other countries as well that they think have the capacity to be an alternative venue,” the minister told Citi Prime News on Thursday.

The 2015 AFCON was scheduled to hold between 17 January to 8 February.

The implication of South Africa accepting and being awarded the hosting right is unclear as it may have some ramifications, which could enhance the qualification chances of the Super Eagles of Nigeria who are in the same qualifying group with the Bafana Bafana of South Africa.

The implication of South Africa accepting and being awarded the hosting right is unclear as it may have some ramifications, which could enhance the qualification chances of the Super Eagles of Nigeria who are in the same qualifying group with the Bafana Bafana of South Africa.

Khloe Kardashian Responds To New Tabloid Rumour Of ‘Lionel Richie’ Being Her Real Father – See What She Said!