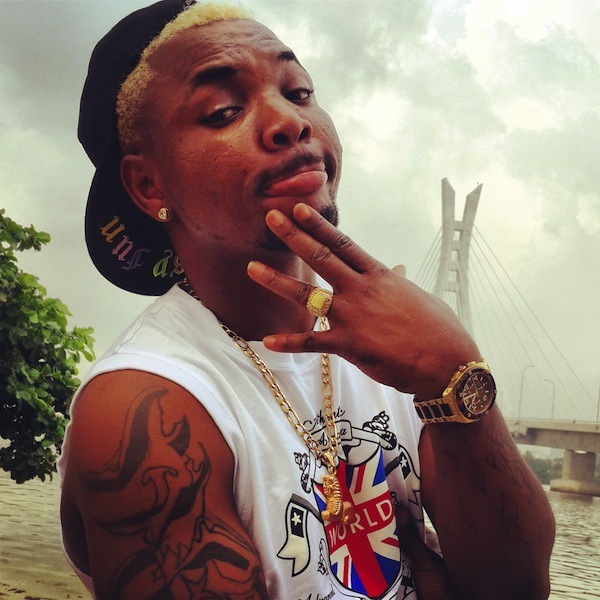 Share on FacebookShare on Twitter
The ‘Double Wahala’ crooner has continued to count his blessings since coming back into reckoning last year with the release of the song, a remake of Fela Anikulapo Kuti’s popular song of the same title.
Oritsefemi has moved into a new duplex valued at N200m in the Lekki Phase 1 area of Lagos located off the popular Admiralty Way alongside a brand new 2014 Range Rover Evoque valued at N24m

Recently back from a tour of United States of America where he was billed to shoot a video for the ‘Double Wahala Remix’ featuring D’banj, Oritsefemi also signed a multimillion naira management deal with an Abuja-based management company, Avatar Entertainment sometime in September.

The newly-signed deal, which puts Avatar Entertainment solely in charge of the singer’s management while he’s signed onto his self-floated record label, MSN (Money Stops Nonsense) Gang.
Confirming the story of his new house and car, Oritsefemi’s manager, Yusuf Adebola Adepitan, popularly called Danku said: ‘Yes, Oritsefemi has moved to Lekki now, and he also has a new Range Rover, for now, we’ll still maintain the house in Ikeja for the boys to stay.’
Danku, however, refused to disclose the exact amount expended on the property as well as the automobile. Before now, Oritsefemi had stayed in Ajegunle before moving to his rented flat off Obafemi Awolowo in Ikeja.
In 2013, Davido, Don Jazzy and Dr. SID moved into multimillion naira homes worth N140m, N160m and N110m respectively and Oritshefemi has joined the list of top Nigerian entertainers who have splashed millions on aesthetic buildings in the highbrow Lekki area of Lagos State.