Do you know Buhari is rejecting N300m from the Government? (See Why!)

Many people have been wondering why Muhammadu Buhari couldn’t afford to pay N27m for APC forms as a former Head of State, especially because all past Nigerian leaders collect about N300million per annum from the Federal Government as salary [pension and other entitlements]. 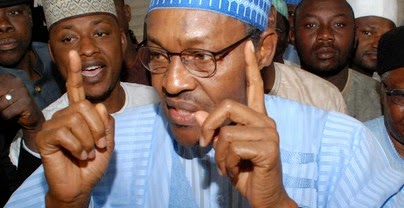 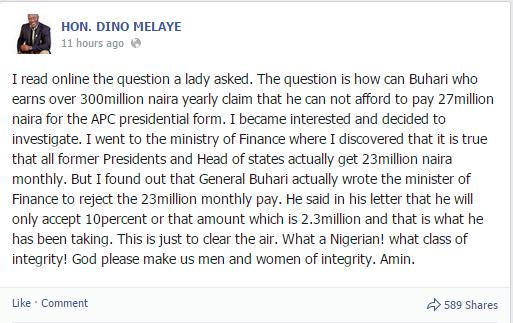 An investigation by Dino Melaye has just confirmed that Buhari has never collected that money, he said it is wrong for him to be collecting such BIG money when many Nigerians are poor and government is not doing much to better their lives.

Buhari wrote a letter to the Minister of Finance and said he should only be paid 10% of the N23m they give all past leaders as monthly salary. That means, while other ex-Nigerian Presidents and Heads of State are getting N23million monthly, Buhari gets only N2.3million. 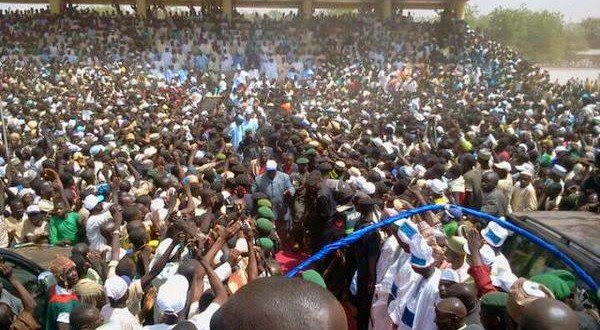 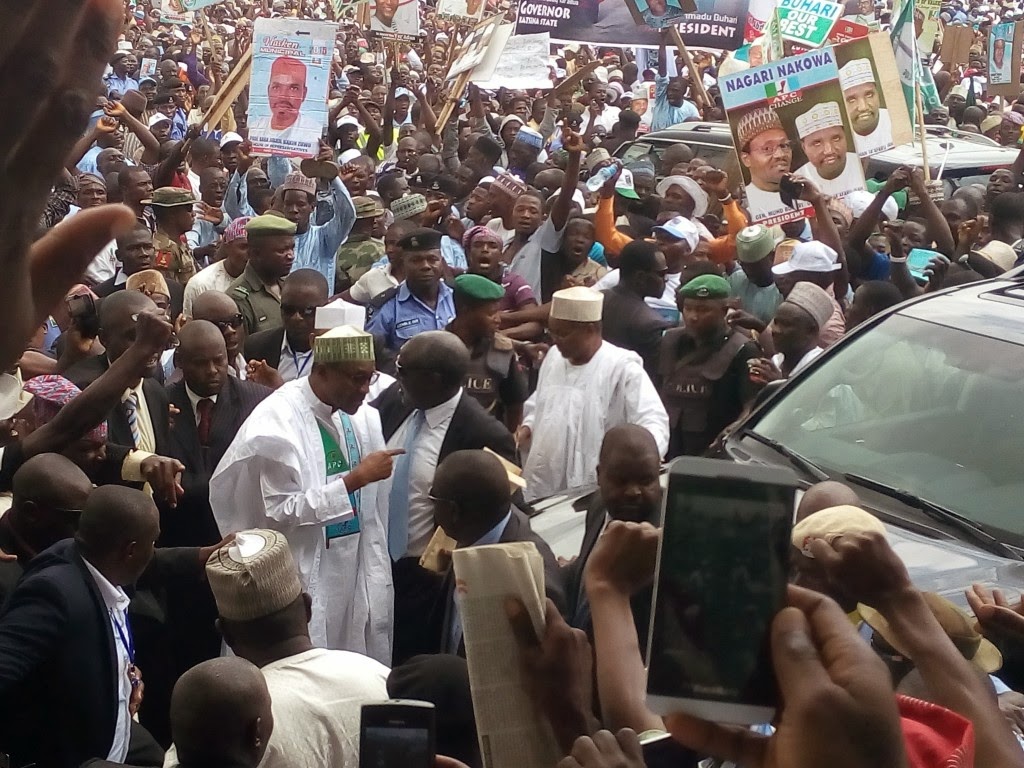 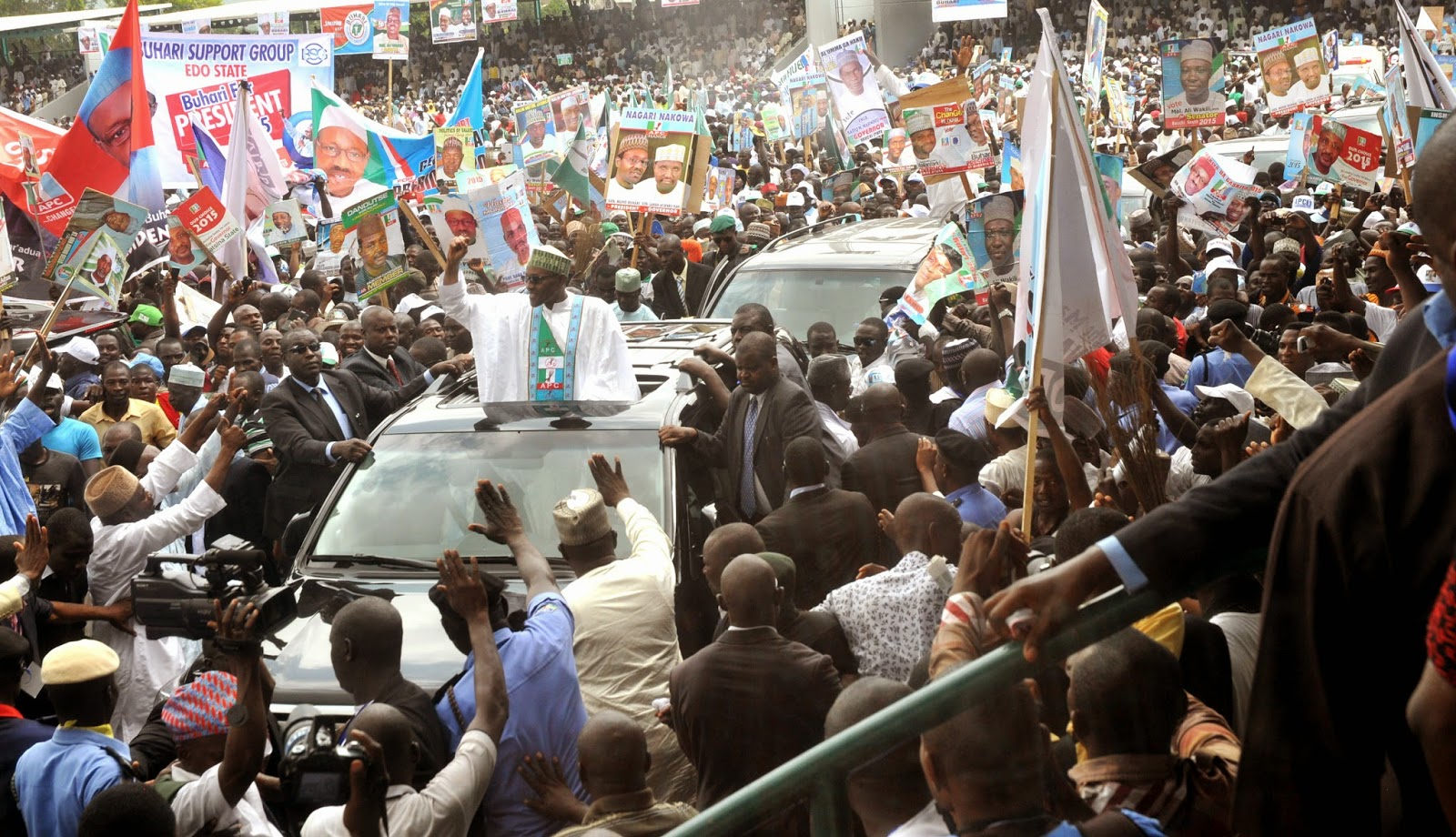