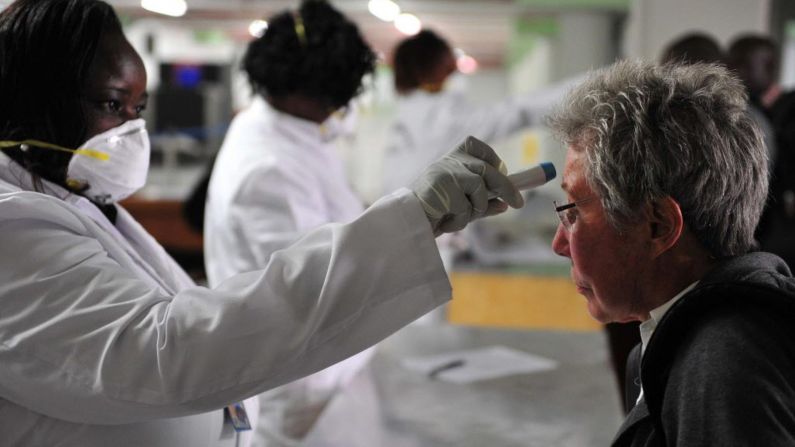 There was fresh fear in the Murtala Muhammed International Airport, Lagos on Wednesday, October 30, 2014, when passenger suspected to be infested with the dreaded Ebola arrived the airport in the early hours precisely by 6am of the aforementioned day through Royal Air Maroc which took off from Casablanca.

Iyanya dragged to court for allegedly stealing a car in…

It was learnt that the suspected patient who is a Nigerian identified as Theophilus Onnakhinon, came into the country through the Moroccan airline.

According to Punch reports, a source close to the Port Health Services at the airport, who spoke on condition of anonymity, explained that the passenger had already been treated for the Ebola Virus Disease and declared cured.

The passenger was accompanied into the country by a Nigerian consular official, Mrs. T. Mohammed, so as to avoid possible stigmatisation by Nigerian health officials and other passengers and users of the airport, the source disclosed.

However, immediately  they landed in Lagos, Onnakhinon was handed in to the Port Health officials, who immediately isolated and quarantined him in order to determine whether he is infected or not to avoid re-introducing the virus which the World Health Organization already declared Nigeria free of.

“It is true that there was an Ebola scare at the Lagos airport today, but the fact is that the victim had been cured of the disease in Sierra Leone before being assisted into Nigeria by our consular officer in that country.

“Immediately he landed, he was handed over to the port health authorities who immediately carried out checks on him and isolated him from other passengers.

“But the truth is that we just want to re-check what has already been done by the Sierra Leonean authorities. You know, we cannot take chances again in the country. I can assure you that the situation is under control,” the source stated.

OMG!!! Woman Kills Man Who Attempted To Rape Her In Lagos [Photos & Details]