Online mobile photo-sharing, video-sharing and social networking service Instagram has been blocked in China. The reports came amid pro-democracy protests in Hong Kong, where many have posted photos and videos, including photos of Hong Kong police firing tear gas at demonstrators in the city Many of the photos were labeled with the hash tag #Occupy Central’, a phrase that was blocked on Sunday, September 28, 2014, on Weibo, ‘China’s version of Twitter’. 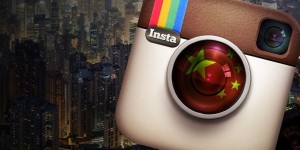 The website www.blockedinchina.net also indicated that Instagram was blocked across China, including in Beijing and Shenzhen. If the site was blocked in China, that would not prevent users in Hong Kong from posting on social media, nor users in other countries viewing the images. Instagram is an online mobile photo-sharing, video-sharing and social networking service that enables its users to take pictures and videos, and share them on a variety of social networking platforms, such as Facebook, Twitter, Tumblr and Flickr..

Your brother almost died in the fire, but all you cared about was your property – Fan attacks Cindy BBNaija