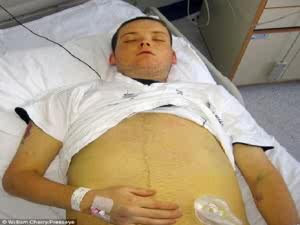 The event took place at a bar in the central French City of Clermont-Ferrand.

Punters were challenged to down as many shot glasses of whisky, rum and other types of liquor as they could stomach.

The 57-year-old victim’s intake beat the local record but his feat ended in tragedy a few hours later when he fell into a coma.
However, he was rushed to hospital where he died the next day.

According to the public prosecutor, the police are investigating the death, including the role of the bar manager, who could face manslaughter charges for serving such dangerous quantities of alcohol.