Borussia Dortmund showed some major class after a poor performance and defeat in a key away game against Arsenal at the Emirates Stadium on Wednesday, November 26, 2014. 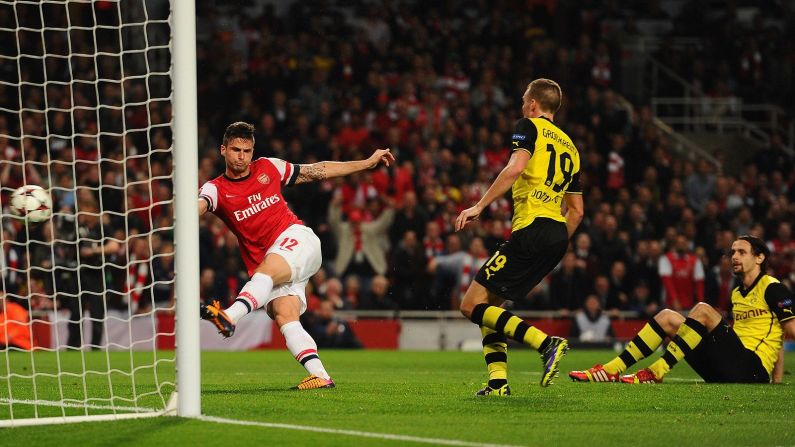 You could forgive most players for wanting to head straight down the tunnel on the full-time whistle but fair play to Borussia Dortmund and their stars, who stayed behind and put some serious effort in after losing 2-0.

Pure class from the Dortmund players. Thanking their fans for making the journey from Germany to London. Respect. pic.twitter.com/848dunEHSj

The whole squad went over to traveling fans and hoped over the advertising boards to personally apologise and thank them for their support.

It would have cost hundreds of pounds for tickets and travel, but the fans sang their heart out in the rain – and the Dortmund players were keen to pass on their thanks.

Champions League: Check out all the teams that have qualified for Round of 16

Even if you kill anybody, we are here to support you – Wizkid’s fans