CNN is at again with another spelling error after misspelling Ebola last month. The Cable news station in a new spelling error, wrote Obama instead of Osama on a headline. Erin Burnett on her hour long program on CNN, OutFront, was discussing the American Navy SEAL Robert O’Neill who recently revealed himself as the man who killed Osama Bin Laden. see pics below.. 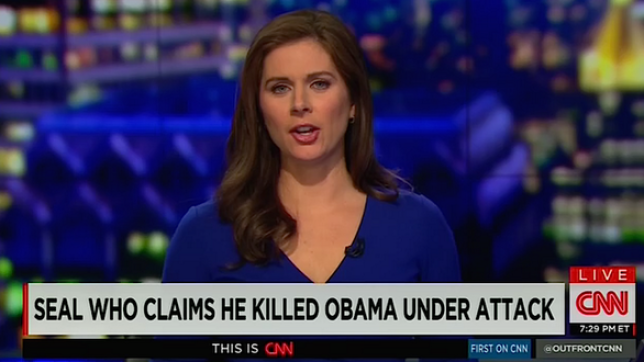 But for nearly a minute, CNN displayed a headline with a typo that viewers just could not miss. The program’s headline at the bottom of the screen read “SEAL who claims he killed Obama under attack”.

The error was corrected as CNN eventually replaced “Obama” with “Bin Laden” in the headline, but not before a lot of viewers had taken photos and recorded videos which they shared online.

Obama goes on a date with his daughter, Malia (Photos)