Controversy Over Bishop Oyedepo’s School In The UK ? [Look] 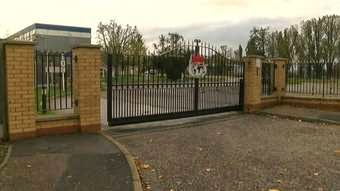 This is exactly how BBC reported the story.

A Nigerian church accused of linking poor discipline to witchcraft wants to open an independent school in Kent. Winners’ Chapel International, which is currently under investigation by the Charity Commission, wants to open the school at its Dartford site.

Davido discloses why at a stage in his music career, he had…

Human rights campaigners and the National Secular Society are urging the government to turn down the school bid. The church, whose leader Bishop David Oyedpo was filmed accusing a woman of being a witch, declined an interview.

The organisation, which has its headquarters in Nigeria, is known as Living Faith Church Worldwide and also Winners’ Chapel International (WCI).

Bishop Oyedepo, its leader in Nigeria, has been shown on YouTube slapping a woman and accusing her of being a witch.

His son David Oyedepo Junior is the pastor at WCI’s European headquarters in Dartford, where the church organisation wants to open Kingdom Heritage Model School for children aged four to seven.

But groups including the National Secular Society (NSS) have raised concerns amid claims the church links child “disobedience” to witchcraft – citing the David Oyedepo Ministries website, which states “disobedience is as terrible as witchcraft”.

Stephen Evans, from the NSS, said the Metropolitan Police had investigated 27 cases of child abuse related to witchcraft this year.
He said: “There’s a need to be vigilant and there’s a need to tackle this. You don’t do this by allowing organisations that believe in witchcraft and are associated with witch-hunting to open in the UK.”

The school application is being considered by the government. The Charity Commission confirmed concerns raised about Winners’ Chapel International included conflicts of interest and the charity’s financial management. In 2011, Bishop Oyedepo’s fortune was estimated at $150m (£94m).

Popular Yoruba Actor Admits He’s A Gay? – You Need To See This!