Kendrick Lamar says that he will only apologize to one person he named in his verse on Big Sean’s “Control.” 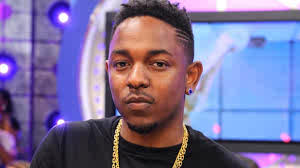 “I still gotta speak my peace to Phil,” Kendrick Lamar says during an interview with Vibe, referring to New York Knicks president Phil Jackson. “It’s a beautiful thing, first of all. Second of all, I have to go back and say how big of a fan I was, and still am, of Phil. [I’ve been a fan of his] since the Bulls and Lakers, so for him to actually acknowledge me in the light of music was something unexpected. I thought it was dope. But I don’t want to be on Phil’s bad side, so he’s the only person I will apologize to (both laugh) about the line.”

Jackson coached both the Chicago Bulls and the Los Angeles Lakers.