Meet Sex Addict Mum Who Slept With 140 Men And Kept A ‘SCORECARD’ Rating Their Performances – You Need To See This! 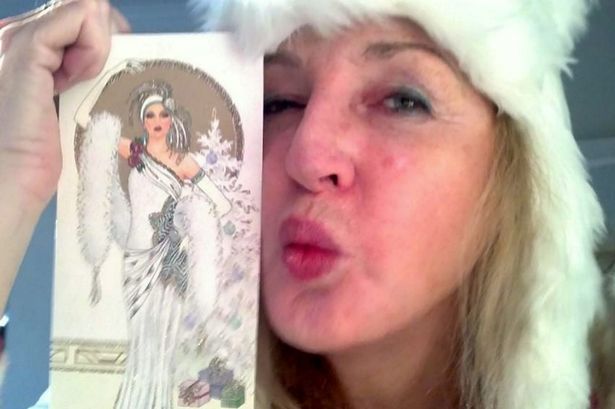 Sandy Nardo , 53, from Dublin, rates married men,threesomes and even her ex-husband in a spree of random romps after she lose her virginity aged 19 to an Italian musician.

“Men with many wives live longer than those with just one” —…

“I don’t have time for men” – Child Star, Sharon Ezeamaka…

A sex addict mum who has racked up 140 notches on her bedpost remembers every single one – because she keeps them on a SCORECARD.

Ms Nardo, from Dublin, went to a strict Catholic convent school and lost her virginity to Luciano, 21, an Italian musician, while she was hitch-hiking in Milan, aged 19.

More than 30 years later she has 140 scorecards giving marks to married men, threesomes and even the husband she ditched after six months of marriage.

Self-confessed sex addict Sandy said: “There have been 140 so it would be easy to forget.

“I wanted to remember them all – even the rubbish ones.

“I have travelled the world all my life and I have slept with men from over 30 countries.” 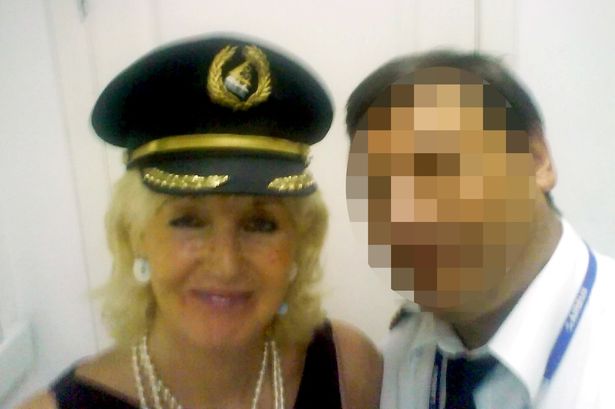 She travelled the world working as a burlesque dancer and a translator, all the while adding to her book of lovers.

The men were all secretly marked out of ten for their talents, their looks, their wealth and the length of the encounter.

She also gave them a code for their ’emotional state’ – E for ‘eucky’, B for bored, Y for yum and F for fun. 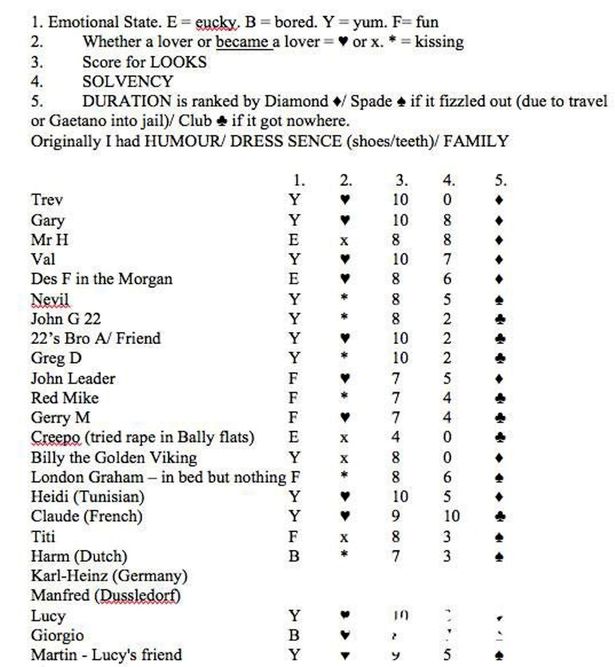 Her favourite was ‘Mack’ – a long-term lover who she slept with for 20 years.

Bottom of the list was ‘English banker’ who she slept with for a year and a half in the early 90s who promised he would leave his wife, but never did.

She even gave a score for her ex-husband married Rico, 30, who she married in 1985 while she was living in Milan after keeping him as a lover for a year. 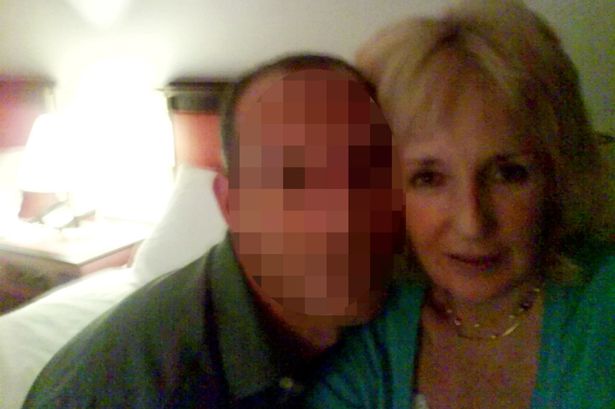 The ‘stormy and turbulent relationship’ only lasted six months, but gave her a son Marco, now 28, who has come to accept his mum’s wayward antics.

“He used to be angry about me and how I live my life, but he has come to accept me,” she said.

“This leopard will never change its spots and why should I?” 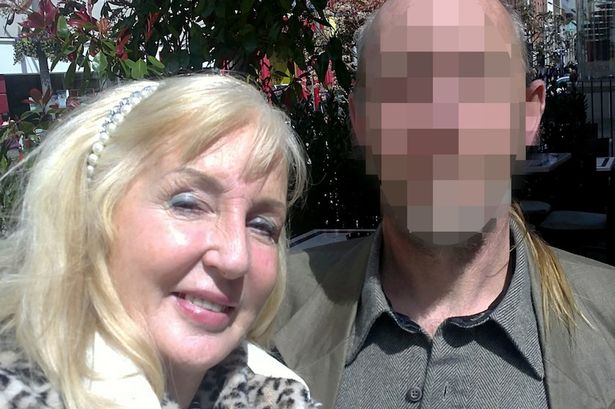 Party-animal Sandy travelled the world for decades before returning home and hanging up her little black book to care for her mum Marie, 87, who suffers with dementia.

“At the moment I have to tend to my mum all I have is memories and my beloved list,” she said.

“When I read through the diary, I realise I was a very lucky girl.”

OMG! See This Violent Thug Who Left Girlfriend With Horrific Facial Injuries After Biting Through Her Lips [Look]