Revealed: 5 Reasons Why Most Men Are Unable To Satisfy Their Women In Bed [Must Read] 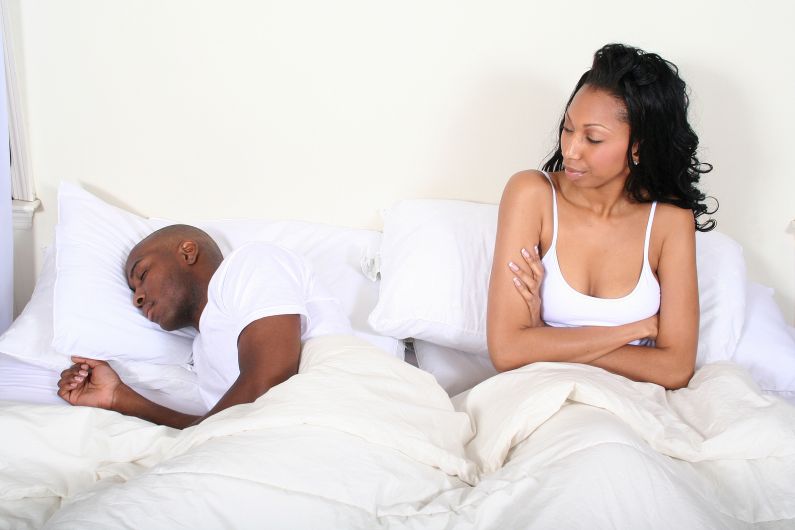 It’s commonly believed that men are more sexually active as compared to their female partner. But very often, they too encounter several fears related to their bedroom romp, which can in turn cause doldrums in their sexual relationship.

How I caught my cheating fiancee during the Christmas…

Fears related to their sexual performance, sex position, ejaculation period, a satisfying orgasm and wild acts in bed often end up killing their passion. With these fears running through their mind, men not only fail to satisfy their female partner, but are unable to enjoy the act themselves.

Chandigarh-based sexologist Dr. Deepak Arora explains, “Men always relate sex and sexuality with their egos and they never want to fail there. This is the biggest fear in them which converts to performance anxiety. This anxiety leads to a man failing to perform well in bed and if their female partner does not have the patience to bear with them, relationship goes for a toss easily.”

Relationship counsellor Dr. Gitanjali Sharma adds, “Men need to understand that when it comes to sexual performance, they can’t outperform themselves. The urge for performing better each time has to come from within by raising your consciousness to higher levels. And when self satisfaction comes, there is no question of under performing. You have sex for enjoyment and not to perform, under perform or out perform. It’s a joy, sheer joy, so shed all your inhibitions and concentrate on the act.”

As most male fears revolve around satisfying the female partner, Gitanjali suggests, “Till the time your women is emotionally satisfied, you can easily satisfy her sexual needs. The more emotionally connected you are, the more enjoyable physical intimacy will be. Try and indulge in physical intimacy only when your woman is ready, as it helps creating a comfort zone where she will participate equally. And while having sex, stay calm, relaxed, indulge in foreplay and nothing will stop you from performing the desired way.”

The foremost fear of leaving the female partner unsatisfied has a direct correlation with a male’s organ size. While a woman thinks bigger the better, the man keeps worrying about what if he’s unable to give the desired pleasure. This fear of not giving their best somewhere triggers a feeling of being an imperfect sex partner, which may even hit a man’s ego directly.

Get Over It : Dr. Gitanjali Sharma explains, “The fear of not satisfying a women leads to many questions in a man’s mind. He starts thinking that will she look for that sexual satisfaction elsewhere and that thought of her being with someone else (because of his under performance) will make him more complex. This is like a vicious cycle, as the more he thinks on this subject, he gets driven by performance anxiety, thus leaving her unsatisfied most of the times. Performance in bed mainly depends on a woman’s state of mind at that time. You need to be comfortable with your woman’s body to feel a strong connection. Go slow and steady and understand your woman by awakening her sensitive parts rather than worrying about your size.”

A gratifying sex quickie is all about giving and receiving pleasure. While men make every efforts to please their female partners, they would, most of the times, remain anxious about their own climax and this fear is driven by the ejaculation period. It’s a very common apprehension that men come across where they suffer premature ejaculation due to which they end up spoiling sex.

Get Over It : Dr. Arora elucidates, “Medically, if a man is able to hold his ejaculation for at least one minute, he is not a patient of premature ejaculation. But unfortunately very few people know this fact and they are being misguided with fake ads and while watching porn movies, which makes them think that they are unable to have sex for a longer period. This creates a feeling of insecurity about their female partner and the sexual stress mounts, which gets converted into performance anxiety. In most of the cases, the problem practically doesn’t exist, but the fear is creating it.”

Fear fright # 3: Not getting her pregnant

Though it’s not necessary that every sex session should be aimed at getting the woman pregnant, but still men do carry impotency fears in their minds. The continuous worry of not getting a woman pregnant puts men in a serious stigma, which adversely affects their sexual performance.

Get Over It : Dr. Arora says, “Having a child is related with both male and female health and destiny too. There are numerous cases where medically everything is normal, but the female is unable to conceive. You should try to have a healthy life style, a proper diet and a positive attitude about yourself. If there is any problem with your semen, it can be treated, so no point worrying about it. The first need is a good sex life, not having a child.”