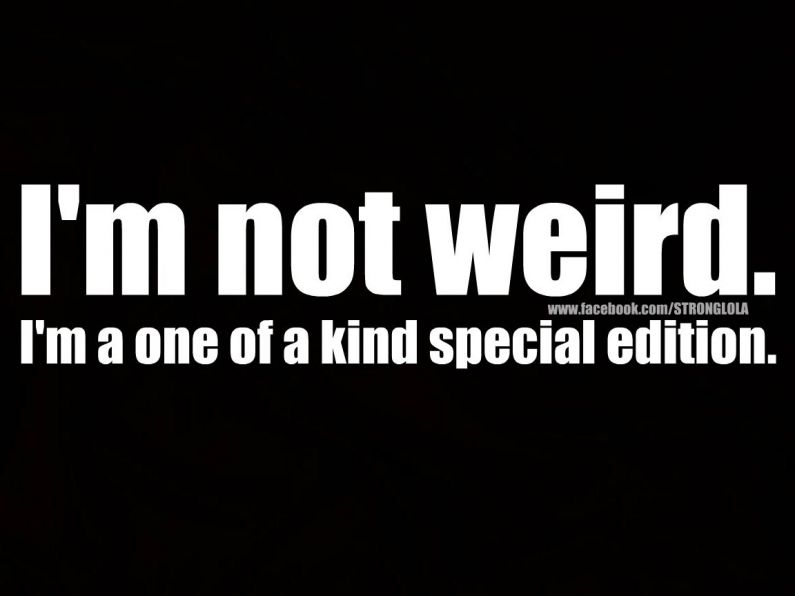 Englishman Pete Mckenzie has been walking barefooted for the past 50 years. “I won’t put the buggers back on until the day I die,” the 69-year-old former telephone exchange engineer proudly proclaimed one day, after throwing away his shoes.

Davido invites airport staff to take photo with him after…

And he has held true to his promise, renouncing footwear even on important occasions like his wedding.

Pete’s bizarre resolution has made him something of a legend in Birmingham’s pubs, where he is popular as ‘Pete the Feet’. He spends a major chunk of his day at these pubs, hawking homemade merchandise like stickers and cigarette lighter covers branded with his personal logo of two bare feet.

“I don’t like shoes, or in fact anything on my feet,” he explained. “Even when I got married, I didn’t wear shoes – and that was in a church. My wife has maybe seen me wearing shoes once or twice, but my daughter hasn’t and my granddaughters definitely haven’t.” Pete has been happily married for 44 years and luckily his wife doesn’t have a problem with his barefooted obsession.

“They just don’t suit me, they don’t suit my feet,” he added. “As far as I can remember, I never liked wearing shoes. I was walking home once when I was 16 and took my shoes and socks off and flung them over a bridge.”  Pete was in his early 20s when he started going barefoot, and despite repeated pleas from his mother to put on some shoes, he eventually stopped wearing them altogether. According to Pete, it was a lot easier to go barefooted in the sixties. “Back in the day, no one wore them, it was normal then.”

He is now so used to doing without shoes that the snow doesn’t even feel cold under his feet.  Pete claims that even in sub-zero temperatures, his bare feet are actually warm. “They swear blind that they must be freezing but I tell people to touch them and they always reel back because my feet are hot. People get cold feet because they wear shoes and socks,” he insists.

Dirt hasn’t been much of a problem for Pete either. “People seem to think that I collect dirt, but the fact is that I wash my feet every day,” he said. In fact, he believes that not wearing shoes actually helps him stay cleaner. “If I stand in anything that I shouldn’t then I really know about it, but if you’re wearing shoes you might not realise then trample it all over the bloody carpet. Where as I know I stand in it then I can just wash it off my feet dead easy.”

Pete said that he’s surprised at all the attention his feet get him. He thinks it’s actually quite silly that people find it astonishing. “I don’t think people should be so bothered – I find it amusing really,” he said. “I do get nasty comments but it doesn’t bother me. Sometimes I’ll go to the pub and they say sorry I can’t serve you, you haven’t got shoes on.”

“I’ve been into pubs where there’s dog muck on the floor in the pub, and they say I’ll bring dirt in. It’s their fault, not mine,” he added. “One time I was told that staff couldn’t serve me because they sold food, but as I was being taken out there was a woman with a dog, feeding it at the table.”

But not everyone has a problem with Pete. He is actually honored in many pubs with his own special glass inscribed with his name, from which he drinks his favorite Cotswolds-brewed Lion ale. “He’s a local legend,” said Alice Chandler, a supervisor at the Sun at the Station pub. “Everyone knows him and speaks to him and buys him drinks. He’s got both of his little fingers amputated and he’s mummified one in resin which he keeps in his pocket. The other one’s in formaldehyde on his mantelpiece.”

OMG!! This Nollywood Actress Got The ‘BIGGEST BUM BUM’ I’ve Ever SEEN All My Life (LOOK)