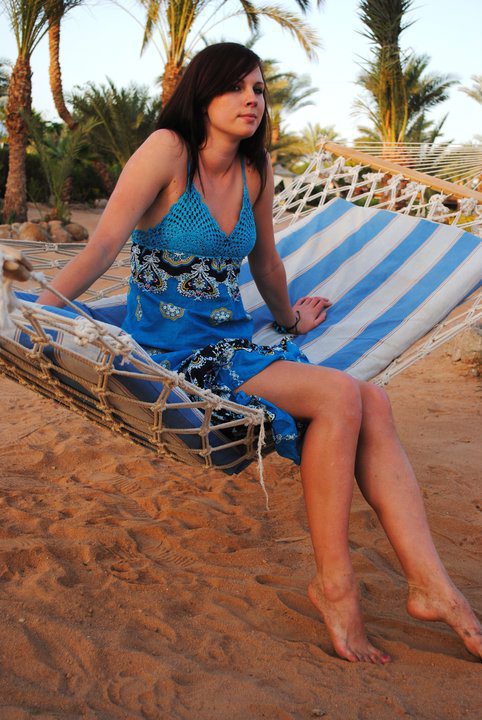 A model jumped seven floors to her death from a hotel filled with Labour Party delegates after a spurned lover told her family about her double life as an escort.

My butt carries a whole Continent and some part of Middle… Laura Pahomova, 23, scrawled notes in lipstick and eyeliner over the walls, mirrors and furniture of a plush 13th floor apartment room claiming former client Martin Riley had driven her to suicide.

She was found on the sixth floor balcony of the Light Aparthotel in Manchester in September 2012 and pronounced dead at the scene.

Earlier, Laura had sent her father back in Latvia a text message saying “You deserve a better daughter.”

A number of Labour delegates were in the hotel at the time for the party conference which was being held over the weekend.

Manchester Coroner’s Court heard how Mr Riley had contacted Laura’s family back in Latvia revealing that she was not enrolled in university, as they believed, but working as an online escort. DS Morrell said: “In the room there were a number of pieces of writing in English written in lipstick or sometimes eyeliner on the walls, mirrors and furniture.

“Obviously she was distressed and she was blaming Mr Riley for that and apologising to her family saying Mr Riley had drove her to what she was about to do.

“She was concerned about her family and at least one interpretation was that she was going to kill herself.”

The court heard how Laura arrived in the UK in 2008 and initially worked worked in factories and studied, before settling in a small flat in Blackburn, Lancs.

She began a brief modelling career but in 2011 became embroiled in escort work, which she described to a close friend as ‘posh prostitution’, the court was told.

She would meet men in hotels and at their homes, and in July of that year met Martin Riley, now 30, who met her on the McKenzie’s Escorts website.

She maintained to her family back home in Latvia that she was choosing between university courses and was doing well in the UK, the inquest was told.

Laura and Mr Riley began a relationship during which they holidayed together and he even met her family in Latvia, it was said.

But the affair seemed to deteriorate and in a police interview following Laura’s death, Mr Riley said he hadn’t seen her between February and September 25, 2012.

He told officers he then went hunting for Laura on different escort sites.

He eventually came across her profile where she was calling herself ‘Poppy’, and made an appointment to see her under the false name of ‘Mike’ at a hotel in Salford, Manchester.

When they met up that evening, Laura was said to be distressed and shocked and he was made to leave immediately. The following day Mr Riley sent an email to Laura’s step-mother and father, telling them how she was working as an escort rather than studying and she needed to go back to Latvia to get help, the court heard.

Mr Riley later told police that he didn’t want Laura to know about the email as she had explicitly said that she would commit suicide if her family found out about her lifestyle.

When she was told by Mr Riley that her family knew about her work, Laura checked into the Aparthotel, asked for a room in an ‘elevator position’, so she could ‘take photos’.

Laura, who described Mr Riley as a “stalker”, had threatened suicide if her family found out what she was doing but Mr Riley told police he informed her loved ones to help her, evidence the court heard was “contradictory.”

She sent a group text messages to each member of her family including one to her father which read: “I’m worth nothing… you deserve a better daughter”

Mr Riley visited Laura at the hotel on September 28 while the messages were going back and forth between him and Laura and her family, and she then extended her say. Two days later she was dead.

When interviewed by police, Mr Riley described Laura being in a ‘fragile state’, after he told her parents about her escort work, the court heard.

DS Morrell said: “He said he had genuine worries she could do something very bad to herself and is capable of doing so.

“He said he sent the messages to get her back to Latvia to help her get support. He said he was hoping to get her vital support. It didn’t ring true.

“He said on Saturday September 29 they went out for something to eat and went back to the hotel.

“She was fluctuating – ok and then unhappy – and she said she was going to kill herself and he left her at 2am when she had fallen asleep. He didn’t alert anybody – the ambulance or the police – to the situation.” Mr Riley was initially arrested as a suspect after Laura’s death but no charges were brought against him as there was “insufficient evidence” for a prosecution, the court heard.

Attempts were made to track Mr  Riley down so he could give evidence at today’s inquest, but his mother who lives in Blackley, Manchester, told a private detective that he is abroad and won’t be returning in the near future.

The court heard that Mr Riley had a previous conviction for the harassment of another escort years previously.

Laura’s father Janis Vinters told the inquest his daughter would go back and forth quite regularly between Latvia and England, but when she met Mr Riley the visits and contact became less frequent – which was unusual.

Speaking through an interpreter, he said: “On September 27 my wife Diana told me that she had received an email from Martin Riley actually saying what Laura was doing in England was not a university student but working as an escort.

“Mr Riley provided details of how her services could be obtained over the internet. My wife and and I were very shocked and surprised to receive this information and wanted to get Laura back home to safety as quickly as we could. We had no idea this was her life. This was a new thing.”

On September 29, Mrs Vinters received another email from Mr Riley which said that Laura knew her parents were aware of the situation, and she now felt she couldn’t return home.

After sending the group text, Mr Vinters immediately replied offered to pay for her flights to come back home, she replied: “No, I have a ticket. I’m thinking about the family. You deserve a better daughter.”

Reaching a conclusion of suicide, coroner Nigel Meadows said: “It seems Mr Riley had been researching the internet to identify her and did so.

“For reasons only he will understand, he decided to contact the family to make disclosures about her lifestyle when she clearly had not wished him to do that.

“It is clear from the writing she was very distressed. This is a very sad and tragic loss of a young life and I am sure that Mr Vinters and the rest of the family would have welcomed Laura back home to a place of safety irrespective of whatever lifestyle she may have been adopting.”