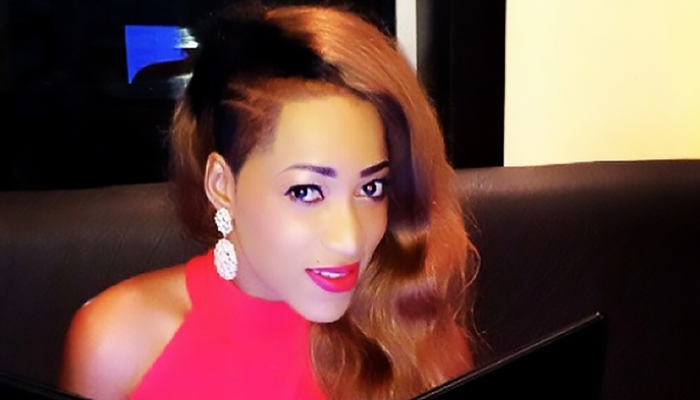 Share
Despite the glaring toughness of wading through the competitive waters of the Nigerian movie industry, Rukky Sanda has clearly earned her spot among the army of Nigerian celebrities who have performed remarkably well in their chosen fields of expertise, and in this case, acting takes centre stage. For some, this enviable status is achieved with a stroke of luck. For others, it is achieved either through years of consistent appearance in high profile movies or an acting career built upon a foundation of hard work, controversies and an impressive display of outstanding genius over the years.

Given her blooming personality and penchant for controversies, so much has been said about this fair-complexioned actress but in this piece, we will carefully sieve out the rumours from the facts and touch on several aspects of her life including her career, her background, preferences and other interesting issues.

• The name Rukky was derived from her real name Rukayat

• When she started acting, she was still an undergraduate at the Lagos State University

• In 2004, she embarked on a break from the Nigerian movie industry and returned in 2007

• Her movie, The Search earned her a nomination at the Best of Nollywood Awards for the Best Screen Play

• Some of her movies include Lovelorn, The Search and Miami Heat

• The first movie she ever produced was titled ‘Lethal Woman’

• Rukky Sanda admits that if she could turn back the hands of time, she wouldn’t release her first movie as she does not consider it her best work

• She failed to do enough research for her first movie

• One of the things she regrets about her first movie was the fact that she copied the storyline of a foreign movie she had seen, which she considers a very naïve thing to do

• Her first movie cost her about N3 million to produce

• She produces her movie under the brand name of her production company, Rukky Sanda Studios

• In addition to being a movie producer and actress, she also has experience as a movie director

• Rukky Sanda believes a lot of professionals above 35 in the Nigerian movie industry are quite tough to work with especially individuals with technical expertise. “I’ve tried to work with older people and they feel like they know it all… older people don’t like to listen to suggestions,” she said

• One of the reasons she took a break from acting was because her first experience as an actress was hectic. “We shot the movie overnight,’ she said.

• Before she began acting, she used to deal in the buying and selling of clothes and fashion accessories

• To start her business back then, her father gave her a starting capital of N500, 000

• Rukky Sanda considers herself an everyday, fun and down to earth person

• She has so many tattoos; she admits she doesn’t know how to begin counting them

• Have you ever guessed how many piercings Rukky Sanda has? Well, she has 7 piercings on her left ear, 6 on her right ear, 2 on her tongue and one on her belly

• She feels incomplete without her piercings

• She got her piercings from Lagos, London and Miami

• Rukky Sanda and fellow Nollywood actress Tonto Dikeh once teamed up to contribute N500,000 each to support a cancer patient’s treatment

• She affirms that she has never undergone a plastic surgery

• When it comes to relationships, Rukky Sanda believes love should not discriminate against a person’s religion

• She endeavours to pray as much as she can; especially mornings and nights

• Rukky Sanda has a very playful side to her personality

• She is very cautious of her environment

• Whenever she finds herself in a place for the first time, she usually keeps to herself

• She is very strong willed and quite opinionated

• She is largely considered bohemian by critics

• She was born in Ikorodu in Lagos

• She was romantically linked to American singer Akon in 2007

• In 2011, the actress had to contend with rumours of undergoing cosmetic surgery

• Rukky Sanda is an advocate of entrepreneurship development

• One of the reasons Rukky believes so much in encouraging entrepreneurship is best captured in 12 words she once strung together into a compelling message. “You must have your own business; you cannot work for people forever.”

• As a child, she attended a lot of parties

• She became conscious of the fact that men found her attractive when she was in Junion Secondary School (J.S.S) 2

• The first time she dated a male was in S.S.S 1 and this ended up being her first boyfriend

• The best advice Rukky Sanda has ever received came from her mum and in case you’re wondering what it was, she simply urged her daughter to be true to herself adding “…because at the end of the day, only you matters. Always remember where you come from. Don’t let anybody make you feel you don’t deserve what you have because you have been comfortable all your life.”

• In the past, a lot of people who knew her mistook her confidence and blunt nature for arrogance

• She rarely sleeps when shooting a movie and when she has a need to sleep, it must be between the hours of 3:00am and 7:00am

• She writes her scripts herself

• She wrote and produced the movie ‘The Search’

• As a Muslim, RUkky Sanda believes if love places her heart in the hands of a man outside her faith, she would go ahead with the union

• She tries to put God first

• Despite being a Muslim, she cannot recite the Qur’an

• She reads the Bible often and whenever she has to read it, she reads any random page she flips open

• She has two step mothers

• Rukky Sanda had her second piercing in New York

• The second one cost her £20 less than the first

• When she gets extremely upset, she goes to sleep and by the time she rouses, she feels better and moves on

• She cannot read the Yoruba language but she understands it

• After her secondary school education, she had dreams of travelling to the United States of America but her father was not cooperative

• She has a lot of friends in the United States

• In case you didn’t know, Rukky Sanda attended the same school Nollywood actress, Funke Akindele attended and her (Akindele) dad was the principal

• While she was in secondary school with Funke Akindele, both celebrities did not know each other

• Her movies are true life based and not fictional stories

• Her movie, ‘Keeping My Man’ was inspired by the plights of some married woman she once listend to at a wedding she attended

• She believes that by carving a niche for herself as a film maker, she would inspire other young individuals

• Some of her movies are Lethal Woman, Obscure Motive and In her Shoes

• She strives not to get herself into the stereotype trap

• After shooting her first movie, Lethal Woman, she was betrayed by the fact that some of the people she worked with were selling her movie without her consent

• She avers that whoever accuses Ghanaian actors of being rude is not a good person.

Ibinabo Fiberesima’s husband reveals the other side of her people don’t know!

10 reasons women stick with men who beat them, No 9 will shock you!