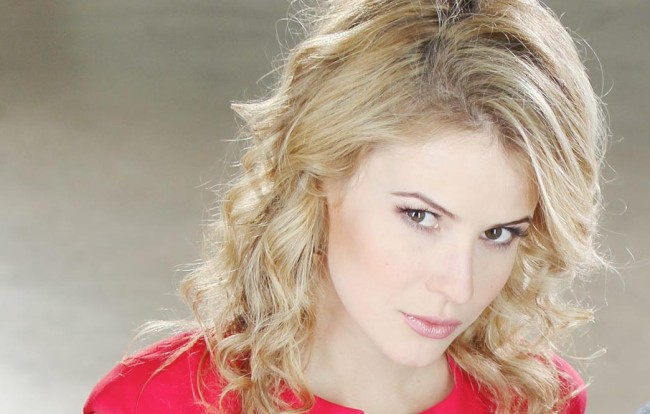 Hollywood actress. Linsey Godfrey was hit by a  car on Monday while walking on a side-walk in Las Vegas. Godfrey, who is the mother of 7-month old Aleda Seren Adamson, who she had with her fiance, Robert Adamson, was stuck underneath the car until she was helped out by a good samaritan.

According to TMZ, the car was reportedly trying to avoid a head-on collision with another car, before it lost control and went up the side walk.

Jan 6, 2022
The 25-year old actress will need surgery as her two legs are reportedly broken. The police are yet to make any arrest.
Meanwhile, fellow “bold and beautiful ” actress,Katherine Kelly Lang showed suport to her co-star via her twiter page, tweeting, “Sending good thoughts and prayers and healing energy to @linseygodfrey !! I hope surgery goes well & hope to see u back at work very soon.”
Share
RELATED STORIES

Read what Obasanjo has to say about presidential election