OMG!! See how this woman was embarrassed by a man publicly, during a festival (+Photo) 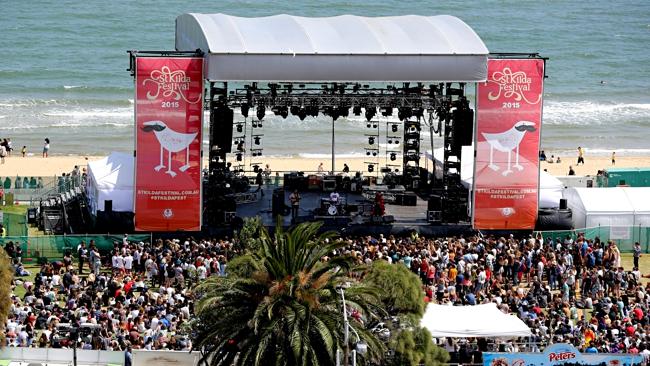 A disgusted woman has filed a report to the police about a man who ejaculated on her while he masturbated at a festival and subsequently got lost in the surging crowd.

See Full Gist after the cut…

The 20-year-old victim said she stood near the main stage watching a a hip hop group presentation at the St Kilda Festival in Australia on Sunday, February 8, 2015 when the incident happened.

She said, “Everybody was touching each other but I noticed this guy was a bit too close to me and I tried to manoeuvre away.

“It made me feel uncomfortable, I’m pretty angry towards men. I feel violated but I’m lucky it wasn’t worse.’

Detectives from Victoria Police are now investigating the incident and on the trail to track down the pervert, according to NT News.

Senior Detective, Carin Wood said, “She was watching the band and felt a warm sensation on her back and turned around to see him doing up his fly.

“There were thousands of people around. It’s obviously concerning behaviour for the police. Surely someone has seen something or know who this person is.

“To have the courage to do that and to want to do that is obviously disturbing.’

He is described as being Indian in appearance and aged between 18-30, with a dark brown complexion, average build, short black hair and brown eyes with acne scars on his cheeks.

Detectives also wish to speak to a woman who held the victim’s wallet for her while she changed her clothes.

6 solid reasons why you should stop eating chicken now! (Must See)