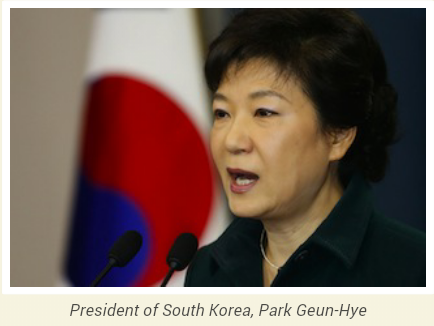 0
Share
South Korea’s Constitutional Court on Thursday struck down a controversial adultery law which for more than 60 years had criminalised extra-marital sex and jailed violators for up to two years. The nine-member bench ruled by seven to two that the 1953 statute aimed at protecting traditional family values was unconstitutional.
“Even if adultery should be condemned as immoral, state power should not intervene in individuals’ private lives,” said presiding justice Park Han-Chul.
In the past six years, close to 5,500 people have been formerly arraigned on adultery charges — including nearly 900 in 2014.
But the numbers had been falling, with cases that ended in prison terms increasingly rare.
Whereas 216 people were jailed under the law in 2004, that figure had dropped to 42 by 2008, and since then only 22 have found themselves behind bars, according to figures from the state prosecution office.
The downward trend was partly a reflection of changing societal trends in a country where rapid modernisation has frequently clashed with traditionally conservative norms.
In 2008, one of the country’s best-known actresses, Ok So-Ri, was given an eight-month suspended sentence for having an adulterous affair.
But even socially conservative civic groups who had supported the legislation in the past acknowledged that times had changed.  Public views ‘have changed’.
“Public conceptions of individuals’ rights in their sexual lives have undergone changes,” Park said, as he delivered the court’s decision.
“Adultery must be censured morally and socially, but such a law is inappropriate in a modern society,” said Ko Seon-Ju, an activist with the Seoul-based civic group Healthy Families.
“It used to be an effective legal tool to protect female rights, but equal rights legislation has improved,” Ko said.
“Adultery is an issue that should be dealt with through dialogue between the partners, not by law,” she added.
While the adultery law may have been ruled out of existence, social disapproval of marital infidelity remains potent.
In April last year, South Korea blocked the newly launched Korean version of the global adultery hook-up site Ashley Madison, saying it threatened family values.
Source : Aljazeera
A hook up site threatens family values and they legalise adultery?Wow!
Is Adultery a social crime or one that should be punishable under the law?
Is adultery like stealing another person’s property?lol
Or like violating terms of agreement?
Anyways,good luck to them!
No need for such law in Nigeria because that is the headquarters of adultery already.
-stelladimokorkusCLICK HERE to join our BBM Channel for faster updates