Revealed: The real reason Buhari wants to rule Nigeria in 2015 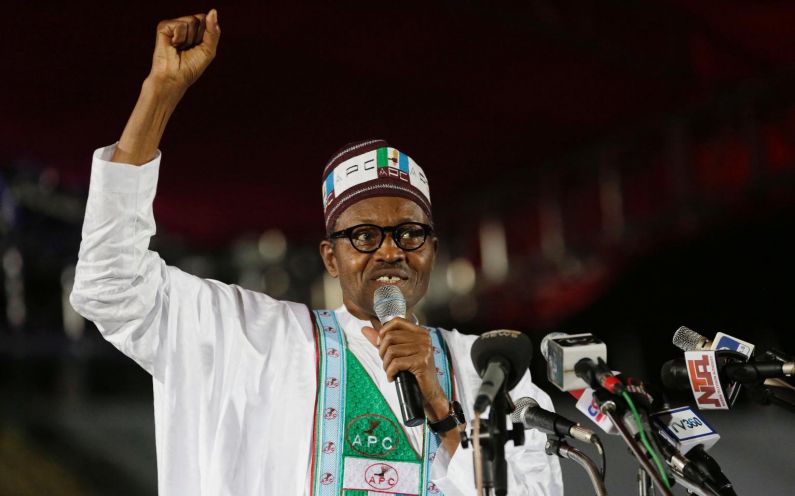 As the the day of deciding who becomes Nigeria’s next president fast approaches, Alhaji Yakubu Sidi Karasuwa, the Director General of Ibrahim Gaidam Campaign Organization has disclosed what the All Progressives Congress (APC) presidential candidate, Muhammadu Buhari is really after.

Karasuwa, who is the APC candidate for Nguru/Machina/Yusufari/Karasuwa Federal Constituency, said Buhari’s desire to rule is not to fill his pocket with the country’s money, The Nation reports.

According to him, the former head of state’s desire to rule is so he can correct all the wrongs in the country.

“In my concerned opinion, Gen. Buhari is out for a rescue mission for this country. His determination to rule this country is to correct all the wrongs that have engulf our country and not any petty reason of making money out of position of the President,” Karasuwa said.

The APC candidate stated that there was no retired General in the Nigerian Army that is living a low profile life like Buhari.

READ ALSO: Buhari vs Jonathan: Any Of Them Will Fail Nigeria

He said: “When you look around and see the low profile life that Gen. Buhari maintains, none of his contemporaries in the army is living that kind of life. Don’t forget, this man was a head of state of this country under a military regime with all the opportunities to loot the treasury but he never did.”

Karasuwa added that the ploy by the Peoples’ Democratic Party (PDP) to postpone the February elections will be strongly resisted by Nigerians and the international community.

“The desperation of the PDP led government of President Goodluck Jonathan is a further demonstration of the huge failure of his government. I am surprised that an incumbent government is more jittery of an opposition party,” he stated.

The presidential elections scheduled for February 14 has been causing quite a stir in the nation. Everybody is talking about it. There have been online polls and surveys to find out who Nigerians prefer between Buhari and President Goodluck Jonathan.

Meanwhile, Nigerian maritime workers, serving and retired gave their full support to Jonathan for the 2015 national elections, praising him for his achievements in the maritime industry.

The dramatic photos of president Mugabe falling after addressing supporters