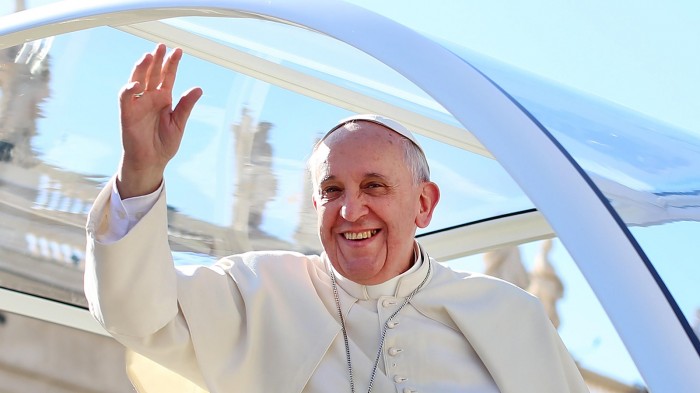 Catholic priest would soon start getting married – Catholic priests may possibly be allowed to get married sooner than practicable as 77-year-old Oscar Crespo, a childhood best friend of the church’s head, Pope Francis has disclosed his intentions to squash the centuries-old priestly celibacy law on Reverend Fathers.

Crespo said the 78-year-old Argentina-born pope sees the priestly celibacy law was ‘not part of the doctrine of the Church’. As part of efforts to scrap some of the archaic laws governing the church, Crespo, who is a former secondary school classmate of the Pope, told a divorcee ‘living in sin’ that she could receive Holy Communion, according to the pope’s dispensation.

Pope Francis, according to his confidante, said that changing the Catholic law which prevents civil divorcees from taking a full part in church life is the ‘number one priority’ of his papacy, When a 39-year-old divorcee teacher in Argentina, Claudia Garcia Larumbe heard that Crespo was going to see the pope at the Vatican last October, she sent a message to the Pope to confirm if she was really excluded from key religious activities even after she moved in with her new partner.

After Crespo reminded the Pope that the Catholic church law is against divorcees in new relationships taking part in the holy sacraments. On his return, Crespo disclosed to Larumbe that the pope actually said she could go ahead with normal church activities like every other person.

He said, “I told him how she longed to confess and receive communion, and he told me, ‘go back and tell her that she can.

“I was surprised by his response and I said to him, ‘but isn’t that forbidden?’. He said, ‘just tell her the Pope says that she can.”

On her own part, shocked Larumbe said, “I was speechless and so emotional, I couldn’t believe I’d got a message directly from the Pope.” Nevertheless, Pope Francis told his confidante that the several changes would not be rushed in order to maintain peace.

He said, ‘Changes are made either with time or with blood, and I choose peace.’

The retired food technician, who took with him letters and messages from students and staff of their former technical college, told Mail Online that the pontiff – real name Jorge Bergoglio, was ‘serious and passionate’ as he talked about what he described as his ‘two main plans’.

Crespo said, “He said, these were his priorities as Pope. The first of all is to change the rules for divorced couples.

“The second was to eliminate the law of celibacy. He said it was not part of the doctrine of the church. It was started more than 1,000 years ago by a pope, and he considers it archaic, an antiquity which needs to be reconsidered.

“He thinks God made everyone to live in family, including priests.’ Meanwhile, this is not the first time the pope is speaking up about the Church’s traditional views about priestly celibacy.

He told some reporters last May that celibacy is ‘a gift for the church, but since it is not a dogma, the door is always open.’

Just few weeks ago, an advocate for priests getting married met him and he replied that the issue is in his diary. Viral reports in April 2014 claimed that the pope called Jaquelina Lisbona, an Argentinian woman on phone after receiving a letter from her telling her she may receive Communion despite being married to a divorcee.

However, the Vatican spokesman, Father Federico Lombardi while reacting to Crespo’s claims said, “If the Holy Father did have this conversation it forms part of his personal relationships and was a private conversation which does not have any bearing on the teaching of the Church.”