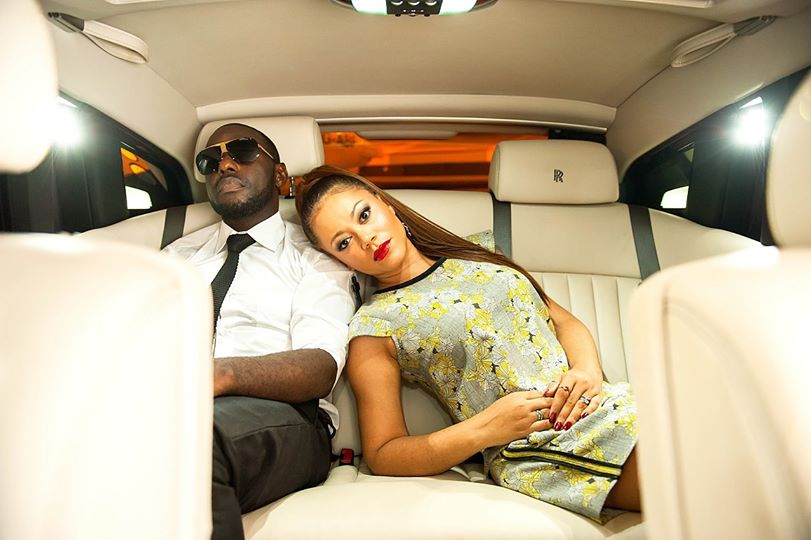 Share
Jim Iyke relationship with Nadia Buari & TB Joshua drama – You all must have seen Jim Iyke’s cover for Glam Africa Magazine’s Spring 2015 issue. It was out last week, but guess what, just tonight, excerpts from the explosive interview he had with the mag got released. And in it, Jim Iyke addressed his relationship with new mum Nadia Buari, his ex Kenturah and for the first time talked at length about his TB Joshua deliverance that had him trending all over Africa for weeks!

Jim also took some seconds to shade the heck out of Charles Novia for ridiculing his deliverance.
Read…

Speaking of being controversial and why it is the case, Jim quotes John Travolta saying “that this is the worst time to be a celebrity with the advent of social media.

What we do right now with all due respect is really beyond Africa. Its not continental anymore, it has a global appeal. I represent the continent to the world. Controversy is something that finds you, you don’t find it, it is a mysterious propensity.

I have a knack for speaking my mind, a knack for doing something completely out of the norm. My philosophies are different, I can’t do the conventional, I can’t be conformed, I don’t go with the band wagon, I cannot be affiliated with a group or persons or philosophy or idealism. I never go to do press on my own, the point is it finds me not because I welcome it, but because I exist in an industry where I want to benefit from without allowing the effect of the industry to rub off on me. 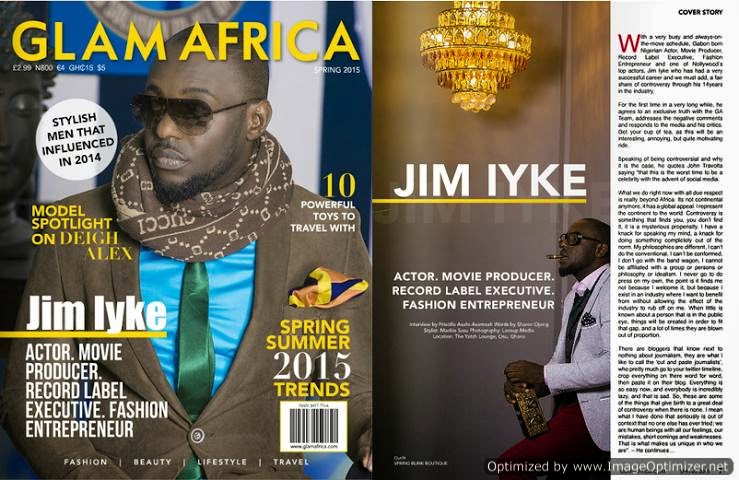 When little is known about a person that is in the public eye, things will be created in order to fit that gap, and a lot of times they are blown out of proportion.

There are bloggers that know next to nothing about journalism, they are what I like to call the ‘cut and paste journalists’, who pretty much go to your twitter timeline, crop everything on there word for word, then paste it on their blog. Everything is so easy now, and everybody is incredibly lazy, and that is sad.

So, these are some of the things that give birth to a great deal of controversy when there is none. I mean what I have done that seriously is out of context that no one else has ever tried; we are human beings with all our feelings, our mistakes, short comings and weaknesses. That is what makes us unique in who we are…”

Speaking of Kenturah he says:

“In the heat of the whole drama between Kentura and I, people asked why I did not say a word. She released a story to the press about how I wrecked her life, I believe it was the emotions of the moment because that is not who she is and that would never define her, a lady whom I spent 6 years of my life with.

But she is always going to be a part of my life; my history will never be complete without her. It completely spells the measure of man that I am. I did not say one word and I still will not say one word in respect of who she is. If she is right I will leave it for people that know us to judge. They are the ones I owe my explanations to. I have often said that I don’t owe anybody any apology as to the steps and decisions I take in my life. I owe hardened fans an explanation and not an apology.

People that are waiting for me to wake up and say stuff have eternity to wait. She is who she is, she said what she did. She may regret it or not, I do not know because I never asked her, all I know is that someone spent 6 years with me and come rain come shine, anytime she calls me I will readily rise to the occasion. My life will never be complete without her and she will always have a special place in my heart.”

And as for his business with Nadia?

“You don’t need a soothsayer to tell you nor do you need a fake prophet to spell it out to you. I am the kind of man that drops hints; I do not have to tell the whole story because it makes you lose your mystic, it makes you lose the strength of your advantage over people. But here I am with my BFF, an incredibly intelligent and beautiful person and I think that is what I need in my life”.

After more than a decade being a bad boy, that viral deliverance with the famous Prophet TB Joshua which trended for weeks (if you didn’t know about that video then you must have been living in a cave) brought more than popularity for Jim but a re-connection with God.

About that video and his thoughts on the public and some of his colleagues suggesting he orchestrated it in pursuit of more fame, he says:

“I will deem it completely reprehensible if I say what happened was orchestrated like people suggested. Segun Arinze and Charles Novia, men that I respected a lot, came out to say something completely derogatory of what happened that day.

I am not really cool with Novia, we have always been at odds with each other, and nobody asked his opinion on what happened to another actor. If you want to be relevant; direct movies and project your creativity, so people will respect you more. Do not involve yourself in people’s private issues, I don’t talk about your wife, I do not say she is overweight, nor do I talk about the fact that you need therapy. I do not talk about your personal issues though looking at you, I am sure you have enormous personal issues.

I do not talk about Segun, I know one or two things about him like he knows about me. We are not that close so he has no authority to talk about what happened in my life. He used to be like a big brother, one that I respect, but he lost all that because of the way he went about this issue.

I had people that shared my experience, people that were happy for me. I went there to get answers for something entirely different. There are things that happen in your life that if you don’t have the answers to, you go to a higher calling to make sense of it. When I got there, in a space of 5 – 10 minutes, something transpired and till this day I do not know what it is.

They thought it was a PR gimmick that was to the gain of a synagogue church against one of Africa’s top celebrities, and they needed some sort of validity and authenticity, they believe I was used, well that is their opinion. You cannot choose your time and place with God, you do not have that authority, God chooses it. The medium with which it happened was through a man, but my focus is the architect, so let them focus on man and a make mockery of it, I do not care what they say, my focus is on God”.

A case of bad boy turned good man still on the spotlight. I am still curious as to why Kentura Hamilton’s press release stated she was set up to appear as a jealous and crazy lover in a scene from your reality TV show. Could this be true? Still denying such happened, Jim says;

“That is amazing. I must have set up the whole group because everybody watched it. People are trying to say I orchestrated the whole picture taking, whispering in girl’s ears and everything else that went on. That would take a whole lot of setting up. Everything that transpired there is enough to give a woman grounds to be upset, and she was. Did I tell her to play it up? I don’t think so. We all saw a friend of mine take a fall from a convertible and nearly break his neck; I would not put a friend in danger like that. My show is called ‘Unscripted’, it will always be called Unscripted.”

How has this new found relationship with God changed Jim, his lifestyle and the people around him?

“It has made me a more patient person, perhaps a kinder person. It used to be about the big group, the entourage, having heads turn around when I walk into a place, then one day I woke up and looked around and said to myself “why are you feeding these guys, why am I buying them expensive stuff when they are not doing anything in my life except stirring up trouble?”.

See the annual salaries of 12 most important world leaders – See who tops the list!

Nigerian woman who files for divorce because her husband penis is too long – You need to see the size!