Revealed: How the Lekki robbery attack took place & how the bandits struck 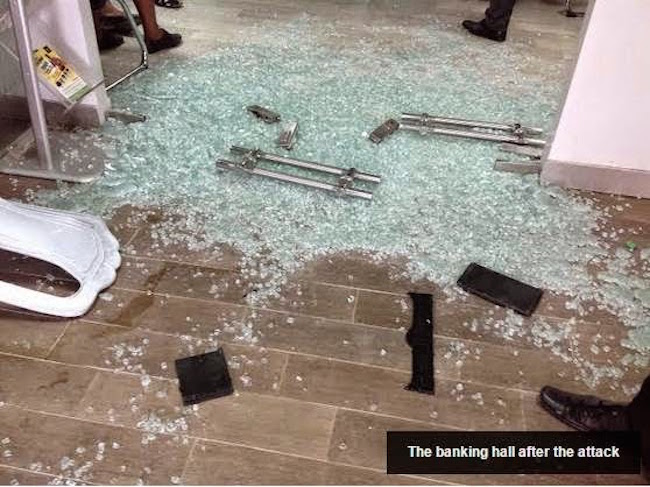 Lekki robbery – It was like an epic Hollywood scene. Five young men, dressed in military fatigue uniforms and wielding AK47 automatic rifles, just emerged from the nearby waterway bordering the lagoon along Ikoyi/Lekki bridge. Their mission was obvious because they started firing from all fronts. It was the peak hour when workers were on their way home.

Pandemonium ensued as people ran helter-skelter. Some motorists on top of the bridge nearly plunged into the river safe for the rails that barricaded them. There was mass race towards the Ikoyi end of the bridge. The race transcended age limit as both the young and old took to their heels.

According to Vanguard, while this lasted, the gun totting hoodlums proceeded towards their target. There was no doubt that their fire power was to clear way for the accomplishment of their mission. They entered by the lagoon into an empty but fenced land beside a shopping complex which borders FCMB and Stanbic Bank, IBTC, by the roundabout of the Lekki end of the bridge.

They forced the miscreants in the empty plot of land to open the makeshift black gate entrance of the plot and burst out into Admiralty road and started shooting indiscriminately. That was how they succeeded in forcing their way into the banks.

Not even their brief cases (quite a number of them) were touched by the hoodlums. This triggered off another round of commotion as both passers-by including other pedestrians and hawkers, took to their heels. A little girl who sells fish in the area was also felled by hot leads of bullets from the bandits’ weapons. 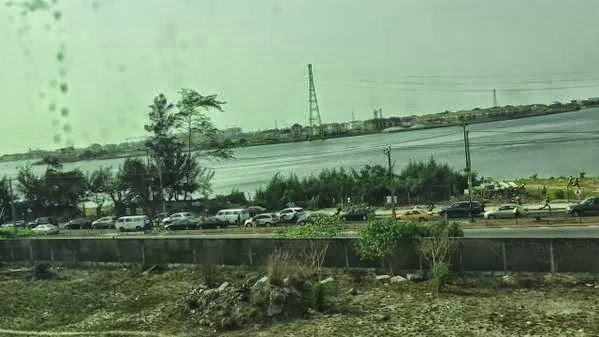 While the bandits were busy packing huge sums of money into bags, their colleagues were at alert outside the banks, busy releasing bullets in all directions. After they had packed money to their satisfaction, they escaped through the toll plaza where millions of cash were collected daily. But they did not collect even a kobo from them.

Barely fifteen minutes after the bandits escaped through the water way with their loot, a team of policemen arrived the scene. Police sources said information about the attack came late to the command headquarters in Ikeja which swiftly deployed men of the Special Anti-Robbery Squad, SARS, to the scene. However, their counterparts at Maroko, which is the nearest to the scene reportedly claimed they were not informed early.

Sources said the daylight operation which took place around 4.30pm rattled police authorities in the state. Based on this, a crack team of Anti-robbery detectives were deployed to Lekki, Ajah, Badagry and Epe areas with stern instructions to fish out perpetrators of the attack. So far, both the anti -robbery team and Marine Police are combing the waterways with a view to tracing their escape route.

It was reliably gathered that few hours after the incident, the State Police boss, Kayode Aderanti, abandoned his other official engagements and proceeded to the scene to personally access the situation. Thereafter, he led a crack team of policemen later in the night to all the black spots in and around the area where it was reliably learnt that appreciable success was recorded after the arrest of suspected hoodlums at the spots. The operation by the police, reports said, lasted till the wee hours of the night.

TV host fired because of Michelle Obama – See what she did! (+Photo)