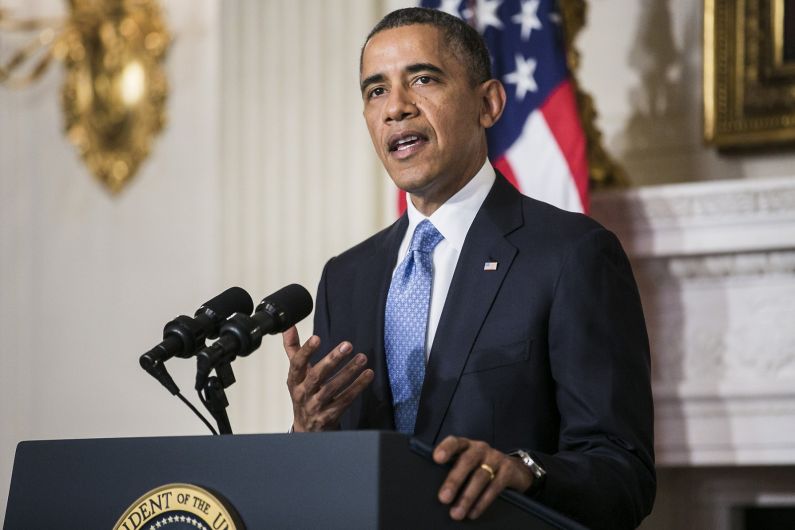 Nigerian genius, Saheela Ibraheem, 19, made history On Thursday, February, 26, when she was honoured with an official reception in the White House by the US President, Barack Obama and the First Lady, Michelle. Saheela Ibraheem got into the Ivy League Harvard at the age of 15, where she is currently studying neurobiology — a branch of science that studies the brain — and has been listed among the “World’s 50 Smartest Teenagers.” She was also accepted for admission by 13 other top colleges in the United States, including the MIT, Princeton, Columbia, and six Ivy League institutions, choosing Harvard, she became one of the youngest students to ever attend the university. She will be graduating in May this year.

Speaking after an introductory speech by Ibraheem at the White House, President Obama stated that “there are a lot of teenagers in the world. Saheela is like one of the 50 smartest ones. That’s pretty smart. And she’s a wonderful young lady. She’s like the State Department and the National Institute of Health all rolled into one. And we are so proud of your accomplishments and all that lies ahead of you. And you reflect our history. Young people like you inspire our future.”

Ibraheem, who skipped two grades in school, said the key to success is figuring out what you love to learn as early as possible, which she did at the young age of five.

“If you are passionate about what you do, and I am passionate about most of these things, especially with math and science, it will work out well,” she told CBS 2s Cindy Hsu. In addition, Ibraheem speaks four languages that include Arabic, Spanish and Latin.

Her mother, Shakirat Ibraheem, said her daughter has been way ahead of the academic game since kindergarten — never cutting corners and trying to do everything on her own. “She’s like always independent,” she said. “I never get to help with her homework because she’d say ‘it’s my work mommy, not yours.’”

Ibraheem’s recognition and reception was part of the “Black History Month” celebration in the US, which comes up in February. The “Black History Month”, takes root from the activities of the “Association for the Study of African American Life and History.” Every year, Americans set aside the month of February to celebrate the central role that African-Americans have played in every aspect of American life especially the march for freedom and equality, jobs and justice, the Civil Rights Act, the Voting Rights Act, and some profound contributions African-Americans make in the American culture.

7 essential tips to look attractive without make up – You need to see this!

See the 4 commissioners shortlisted to succeed Jega as INEC chairman