What? Vampire mother begin to eat her newborn baby hours after giving birth to him (Graphic Photos) 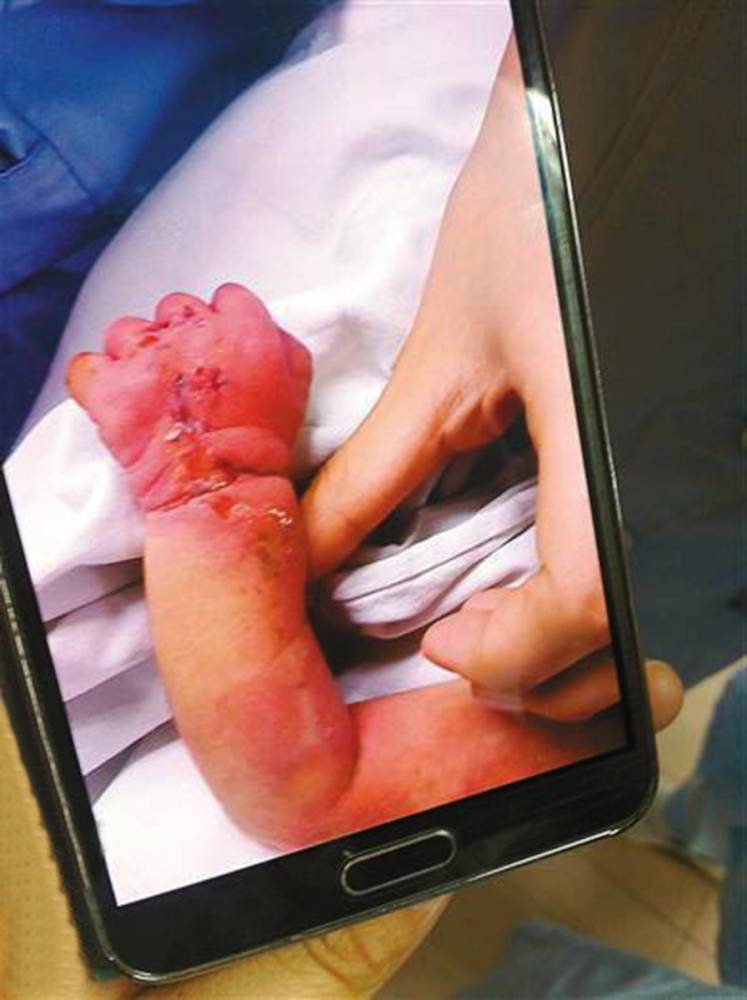 Vampire mother begin to eat her newborn baby – A mother identified as Li Zhenghua, 24, has been accused of cannibalism after she was allegedly found attempting to eat the baby by biting his arm hours after she gave birth to him in a hospital ward in Shenzhen, southern China.

‘Thank you father’-Linda Ejiofor and her husband… Unfortunately for her, a nurse identified as as Liu Tianlun, caught her while her teeth were still locked around her son and raised the alarm.

The nurse, according to Metro UK tried to prise the woman off the baby but she refused to let her go of the child until she was eventually sedated and extracted from the baby. Commenting on the incident, a hospital spokesman said, ‘It was really shocking, the arm was badly damaged and suffered not only heavy bruising but bleeding as a result of the bite.

‘Fortunately, doctors managed to insert something to stop her closing her teeth and then levered her jaws apart.

‘After that they gave her a sedative and took the baby to a secure location.’ ‘After that they gave her a sedative and took the baby to a secure location.’

Police investigations revealed that the woman had apparently survived on the streets for at the very least of several weeks and possibly longer before she was spotted in labour and the alarm was raised.

It was also learnt that her mother-in-law had thrown her out of the house following some strange attitude she displayed.

Investigation has taken a full force in order to understand the reasons behind the woman’s actions although the hospital staff are yet to decide if to hand the new born baby to his mother or not.